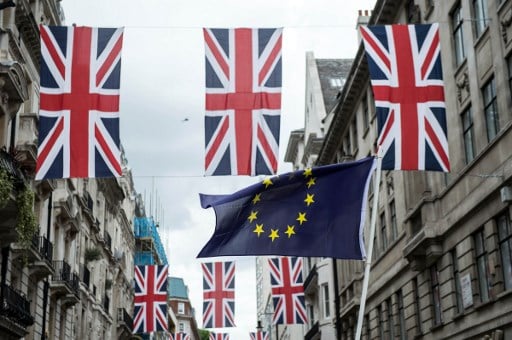 The current battle for the keys of No. 10 Downing Street cannot have escaped many people’s attention. For disenfranchised Brits living overseas, the fact that a new Prime Minister is being chosen by a tiny percentage of the population seems par for the course. It serves to remind us that decisions are being taken without our involvement, though on this occasion, most of the British public are likewise excluded.

British citizens who have exercised their freedom of movement rights are still being denied a vote and a voice. Those who have lived in Europe for more than 15 years have had their democratic voting rights removed, despite Conservative government manifesto pledges to restore those rights. The Overseas Electors Bill is now dead in the water – it remains to be seen whether it might be resurrected when a new government is formed.

During the recent European elections, the list of disenfranchised Brits grew. Failures in the postal vote system prevented many who were legally entitled to vote from doing so. Many UK local councils failed to prepare adequately for overseas postal voting, sending out ballot papers too late or not at all.

As well as British citizens being affected, it appears that around a million EU citizens resident in the UK were also unable to vote. This was the first opportunity afforded to EU citizens to express themselves at the ballot box, as they were ineligible to vote in the Brexit referendum. The resulting situation was an insult and a scandal.

Many British MPs immediately took up the cause, as the #deniedmyvote hashtag trended on Twitter. The campaign to obtain answers has largely been negated by the UK government, leading some to question whether the denial of votes was deliberate.

LibDem spokesperson for Brexit, Tom Brake MP, said the government had showed “shocking complacency”. As pointed out by Labour MP, Annaliese Dodds, following the last European Elections, the Electoral Commission warned the government to improve the voting process for EU citizens – a warning that was clearly ignored. A group of 10 British MEPs also wrote to the Electoral Commission asking for any postal ballots from Brits abroad, received after the deadline, to be included in the vote count. This was to no avail.

Guy Verhofstadt, currently a candidate for the EU’s top job, raised the issue at the end of May, demanding an immediate investigation. In his role as chair of the European Parliament’s Brexit Steering Committee, he is now heading an enquiry. The committee is examining evidence claiming to demonstrate “that the UK government failed to implement reforms to the voter registration procedure following a similar ‘mass disenfranchisement’ of EU citizens at the previous European elections in 2014”.

The committee aims to establish whether the UK government “deliberately prevented” EU citizens from participating in the EU elections. One of the six committee members, MEP Danuta Hubner, said the protection of that right is “of major importance as an expression of the principle of representative democracy”. The committee will also consider whether the lack of time given to EU citizens in the UK to register to vote was potentially a violation of European law.

The response of the European Parliament about the protection of EU citizens’ voting rights – Brits included – has been swift, supportive and compassionate. In comparison, responses from the British government have been disappointing.

Brits in Spain with no voting rights have endured decisions being taken that affect their lives, on which they’ve had no say. Any Brit denied a vote in the European elections, because of the incompetence or laziness of their local council, was justifiably angry and frustrated.

Whatever the results of the European Parliament investigations into the ‘Denied My Vote’ scandal, those of us fortunate enough to have voting rights must use them.

With the current state of British politics, and the impossibility of the Brexit impasse being resolved any time soon, we must prepare for an increasingly likely snap general election. That means double-checking you’re registered to vote in your last UK constituency.

I recommend you don’t rely on the postal system, which has proved unreliable, and apply for a proxy vote instead. Ideally, your proxy will be someone you know, but it doesn’t have to be. Please check the Bremain in Spain website for full details and to download the relevant form here

For too long, the voices of EU citizens in the UK and British citizens in the EU – two groups deeply affected by Brexit – have been silenced, ignored or brushed aside. Our lives have been turned upside down, inside out and taken over. Brexit has stolen our equilibrium, our sense of identity, our peace of mind and, in my case, my retirement and a good chunk of my meagre state pension.

Thankfully, I still have my vote and a reliable proxy. Make sure you’re ready too!  If you don’t have a vote, I recommend frequently bothering your ex-MP. There’s more than one way to make your voice heard. Feel free to shout! READ ALSO: OPINION: Why Boris could be our best bet to stop Brexit