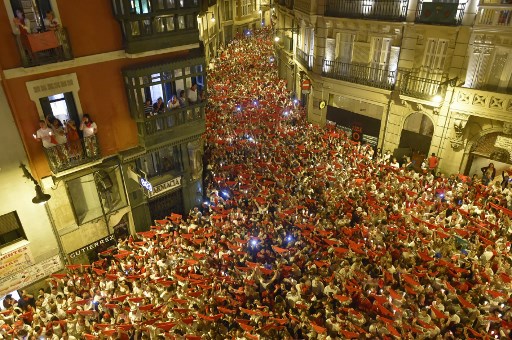 Each July Pamplona is transformed into a city-wide fiesta for nine days to celebrate San Fermin when the city swells to a million revellers, the  bravest of whom come to experience the fear and excitement of the running of the bulls. The 875 metre run takes place at 8am every morning and lasts between 2 and 3 minutes when participants join six fighting bulls as they run hrough the streets to the bullring, where that evening the corrida is held.

READ MORE: How to survive running with the bulls in Pamplona Madrid celebrates the LGBTQIA+ community when the city becomes one huge party, attracting people from all over the world. The pride parade, which starts at around 5pm on Saturday, is always a highlight of the celebrations, but there's lots more going on besides.

READ MORE: Everything you need to know about Madrid Pride 2019 Gathering the best of international designers in the city, Madrid fashion week celebrates professionals from all over the world, prestigious brand names and new trends in fashion. It is the largest platform for Spanish fashion brands on the international scene. We all know Spain is home to some bizarre festivals, and this one in Galicia is no doubt one of weirdest. The so-called 'Festival of Near Death Experiences' involves people who have had a brush with death over the last  year travelling to the small village next to the boarder with Portugal, climbing into a coffin and having their friends and families carry them through the streets as part of a procession.

READ ALSO: El Colacho: Is this Spain's most bizarre festival? Sabucedo, a village of no more than 60 people, is home to this festival which celebrates the annual round up of wild horses. In the early morning of the festival's first day, participants begin a hike to search for wild horses to be driven into a large arena in the village where nominated wrestlers will cut their manes. Of course, this is Spain, so celebrations also include fiestas with non-stop dancing. Mérida international classic theatre festival is the oldest of its kind in Spain, with performances held throughout July and August in the town’s Roman theatre, the oldest working theatre in the world. Locals, as well as people from the rest of Spain, are drawn to the festival, which will feature the work of Shakespeare and Sant-Saëns as well as performances from Víctor Ullate Ballet Company.

There are plenty of music events happening in July, spreading across different genres and different areas of Spain. Chick Corea and Stanley Clarcke have previously performed at the festival. Photo: AFP

Events are held across the city, showcasing music from a wide variety of styles and trends that appeal to all kinds of audiences. More than 60 performances are schedules, including music from the Ellis Marsalis Quartet, Diana Krall and Gloria Gaynor.

One of Spain’s biggest festivals, this internationally renowned celebration of folk music is a free, open-air festival that attracts thousands of people each year. Since 1978, the festival has brought together both established starts and new artists, as well as featuring photography exhibitions, craft fairs, dance workshops, marching bands and street entertainment.

Featuring performaces from Liam Gallagher, ROSALÍA, BROCKHAMPTON, and The Strokes, this year’s line-up for the rock and pop festival is looking promising. Taking place across three days, the festival is held on a specially built complex on the slopes of mount Cobetas, located southwest of the city.

Sónar is a festival of music, creativity and technology in Barcelona. This year, it is set to welcome artists such as A$AP ROCKY, Disclosure and Skepta to participate in the world-renowned festival of cutting-edge electronic music. Coinciding with the festival are the legefary ‘Off- Sónar’ parties, which take place all around the city.

Hoping to make up for last year’s chaos, organisers of the 2019 edition of Mad Cool have arranged for a stellar line up this year including Vampire Weekend, Vince Staples, The Cure and The 1975. There will also be a welcome party on the Monday, in which ROSALÍA and Bring Me The Horizon are set to headline. Attracting the world’s best in the sport of kayaking, this annual Regatta is held in the stunning setting of Sanabria Lake, with a two-lap triangular circuit around the lake.

With some exhibitions ending in July, the 21st edition of PhotoEspaña has displayed over 1,000 works of photography and visual art across the capital, including an international selection of work from a range of artists, tackling a variety of themes in venues throughout Madrid. 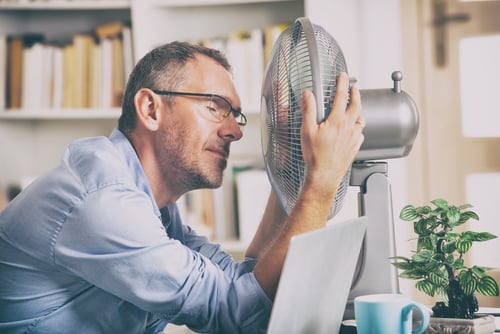 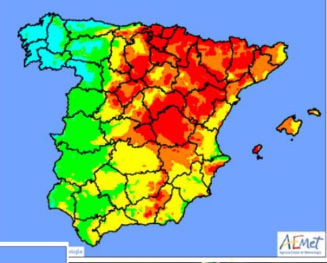 WEATHER
Heatwave: Half of Spain on alert as mercury tops 42C

WEATHER
Heatwave: Half of Spain on alert as mercury tops 42C
Url copied to clipboard!