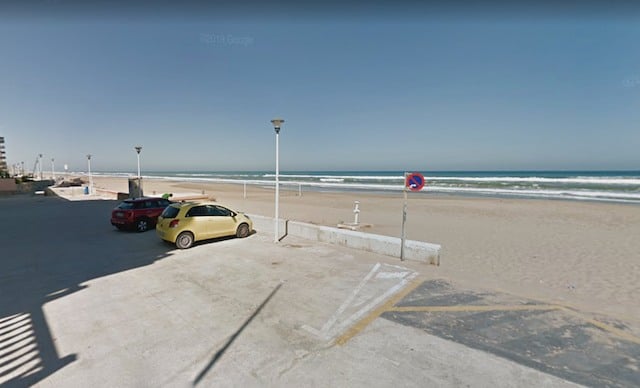 he victim was at the beach’s car park when the men ganged up on her. Photo: Google Maps

Spain’s Civil Guard have arrested five men who on Saturday June 15 allegedly carried out a gang attack on a beachgoer at Mareny de San Lorenzo nudist beach, in the Valencian municipality of Cullera.

The victim was at the beach’s car park when the five aggressors, all aged 45 to 50, began to shout insults of a sexual nature at her. According to the woman’s statement, they then surrounded her before sexually abusing her.

When she eventually managed to escape, the group scrambled into a car and tried to run her over.

With the evidence provided by the woman, police were able to locate the suspected five aggressors, four of whom already had a criminal record.

The news comes just days after Spain's Supreme Court found La Manada – the five men at the centre of a sordid sexual assault on an 18 year old in Pamplona – guilty of gang rape, overturning previous rulings that had convicted them of the lesser offence of sexual abuse.

The case has shocked Spanish society to its core over the past two years, putting the spotlight on the country’s problem with violence against women, and inspiring a feminist revolution.

According to Spain’s Interior Ministry, the number of rapes in Spain has increased by 28 percent since 2018, although some sources put the rise down to an increased awareness among the population as to what constitutes sexual abuse.

Other experts believe the spike is due to other social factors such as easier access to pornographic content, especially among minors.