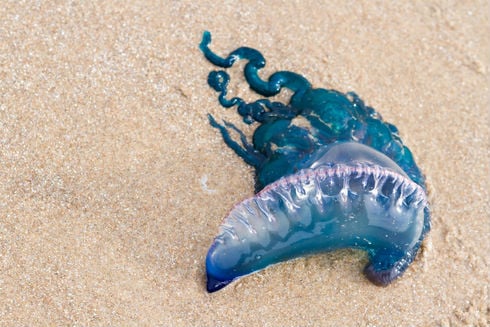 None of those stung by the jellyfish-like creatures were in serious condition but the flurry of stings on the beach forced authorities at the beach in Benidorm to take action.

Bathing in the sea at several beaches was banned for up to two hours while the creatures were removed from the surrounding waters.

Yellow flags were then flown on the Levante, Poniente and Mal PAs beaches to warn bathers.

Up until a decade ago, they were rarely sighted in the Mediterranean but have become a more common occurrence.