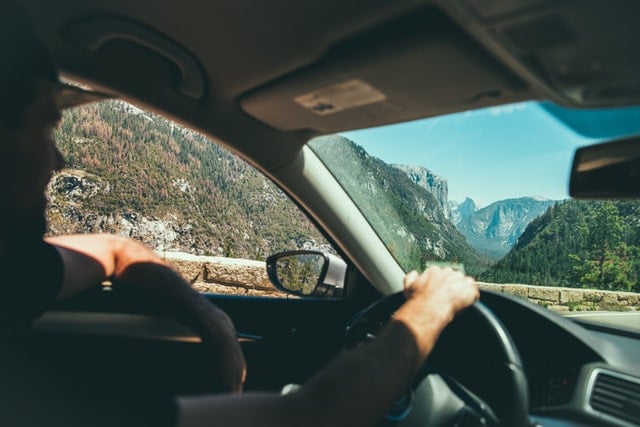 Driving with your elbow hanging out of the window can result in a fine of up to €80 in Spain. Photo: Austin Neill/Unsplash

Every day, Spain’s Directorate General of Traffic (DGT) hands out 10,000 fines to drivers in the country, mostly for the same punishable offences that exist in other countries: speeding, not wearing a seatbelt, talking on the phone whilst driving etc

But there are also plenty of other driving errors that aren’t strictly illegal but could result in a fine if you are caught by a Spanish Guardia Civil traffic unit.

The following infractions are not expressly forbidden by law but fall under Articles 17 and 18 of Spain’s Driving Code, which states that the driver must be in control of the vehicle and all those within it at all times.

“The driver of a vehicle is obliged to maintain freedom of movement, clear field of vision and full attention, to guarantee the driver’s own safety plus that of the occupants in the car and other road users”.

Here’s a list of the actions that are dependent on the officer’s discretion as to whether in doing them, the driver is posing a danger to himself and others on the road.

Driving while wearing flip-flops is considered ill-advised when in Spain, as they could get stuck under the pedal and therefore cause you to lose concentration or even provoke the direct loss of control of the vehicle.

If a Spanish traffic cop considers that you’re not wearing the right kind of summer footwear (loose and not tightly fitted to your feet), you could be fined up to €200 and lose 2 points on your licence. The same applies if you are barefoot or wearing other unsuitable footwear such as stilettos.

Putting on make-up or shaving Not surprisingly, if you are caught shaving at the wheel or attempting to apply mascara, or any kind of make-up while driving, then expect a fine and 2 points docked from your licence.

Driving with the volume up so high that you might not be aware of sirens could also earn you a fine, going from €100 up to €3,000 depending on the municipality and how much noise pollution you were causing. It’s also a big no-no to drive with music blasting out when in an urban area or close to a hospital.

Eating, drinking or lighting a cigarette Photo by Gil Ribeiro on Unsplash

Eating behind the wheel, and even drinking from a bottle of water could result a penalty if a traffic officer catches you and considers that you are risking distraction. You could be fined €200 and lose 2 points off your licence. Likewise lighting or ashing a cigarette can be considered a distraction and is subject to a penalty, even though smoking while driving is allowed.

Tossing a cigarette butt out a vehicle’s window however is illegal, punishable with a minimum €500 fine and the loss of 6 points off one’s driver’s license.

Hanging your arm or elbow out of the window

Driving with your arm hanging out of the window, gesticulating out the window without cause or even sticking your elbow out could result in a fine of up to €80.

Driving without a shirt on could also result in a fine of €200, but ultimately it’s up to the traffic cop to decide. This is covered in Article Three of Spain’s Driving Code, as in the case of an accident, an injury could be sustained by the driver or passengers if their bare skin comes into contact with the airbag or seat belt, for example.

Using a sat-nav or mobile GPS while driving

Having a sat-nav attached to the interior of your windscreen could be considered a distraction if it affects visibility of the road ahead. So to is fiddling around with it while driving the car.

It is legal to use wireless or other approved devices if they don’t involve the use of hands or helmets or headphones.

Holding your phone while driving

Driving while holding your mobile phone in your hand – even if you’re not using it to talk, text or read – now results in the loss of six points from your driving licence in Spain and a €200 fine. Needless to say, actually using and being distracted by your phone while at the wheel is also a punishable offence.

It’s now mandatory to change lanes when overtaking cyclists or moped users on roads with more than one lane in each direction.

Endangering or hindering cyclists when overtaking or without leaving the mandatory minimum separation of 1.5 metres results in the loss of six points and a €200 fine.

Arguing with a passenger

Anything that might be considered a distraction while at the wheel is subject to a penalty and that includes having an argument with a passenger. So no gesticulating wildly or shouting uncontrollably, and certainly no turning round to have a go at a passenger in the back seat as it could result in an €80 fine, or much worse still, an accident.

On the same note, other distractions such as kissing your co-passenger or biting your nails could result in a fine.

Unjustified use of the horn This might surprise regular drivers in Spain, but beeping the horn without good reason can apparently land you with a fine of €80. Justified use of the horn includes alerting someone to avoid an accident. It isn’t considered justified to beep at your neighbour to attract his attention so you can wave at him. Nor is it justified to sound the horn if the driver in front is taking his time pulling away on a green light.

Not storing your luggage and belongings properly

If you’re in a rush or overloaded, you may feel you don’t need to store all your belongings safely in the car boot before hitting the road. Depending on the risk posed due to lack of visibility or the nature of the objects on the seats or the rear deck, a traffic police officer can take up to four points off a driver’s licence and fine them €500.

Driving through a traffic light on amber

It seems like everyone in Spain does this, but the guidelines state that if you can come to a stop in time on an amber light without risking someone running into the back of you, then you should stop. Or face a €80 fine.

Wearing the wrong kind of hat

Hats or caps aren’t outright banned but if a hat comes too low over your eyes and is considered to be detrimental to the vision of the driver or covers the ears and could limit the ability to hear well, then the driver could be pulled over and fined.

Putting your feet on the dashboard

We trust that there isn’t a driver reckless enough to attempt to drive a car while putting his feet up, as in Spain a fine can be handed out even if the front seat passenger sits back with their feet on the dashboard. Photo by Victoria Bilsborough on Unsplash

Behave yourself at filling stations

There also a list of no-nos when filling up your car at a petrol station, which includes smoking, talking on a mobile phone and leaving the lights or the radio on while filling up. 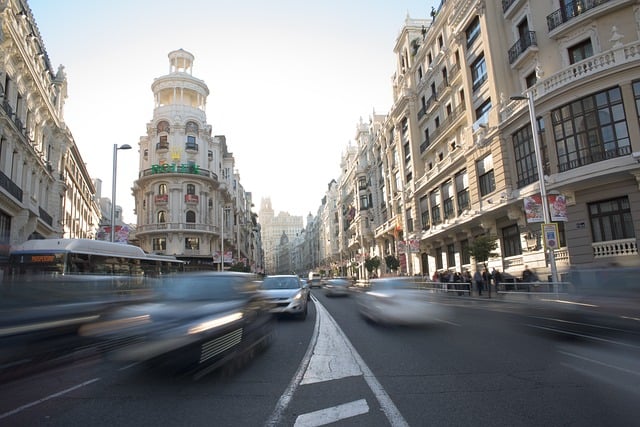 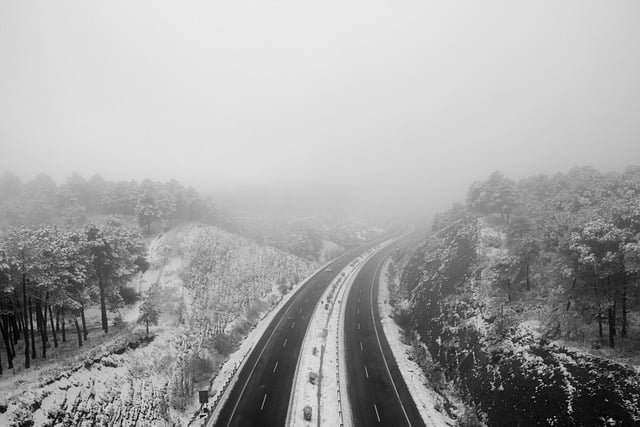 LeasePlan, a car leasing company from the Netherlands, has evaluated 22 European car markets and has released its ‘2022 Car Cost Index’ study, ranking the countries where it costs the most and the least to own a car.

Comparing markets across the continent, the study took into consideration several factors that determine monthly budgets for car owners, including the cost of fuel, taxes, insurance, maintenance and repairs, and even the depreciation of vehicles.

So, how did Spain rank compared to its European neighbours?

According to the study, Spain ranked as the seventh cheapest country in Europe to own a car, where the average car owner spends €1,044 on their car per month.

Taking a look around Europe, generally speaking, the costs of having and driving a car were higher in northern Europe than in Eastern Europe, with countries in the southern continent generally somewhere in the middle to the cheaper end of the spectrum, with the exception of Portugal, which placed fourth in the rankings.

The study also concluded that despite increases in energy prices and the upfront cost of the initial investment, electric car ownership is equal to or cheaper than having a petrol or diesel car.

READ ALSO: Is it worth getting an electric car in Spain?

“Despite the inflation of energy prices, the costs of recharging a battery are still significantly lower for electric cars than for gasoline and diesel cars,” the study stated.

“Fuel costs represent 15 percent of the total cost of ownership of an electric vehicle, while this percentage is between 23 percent and 28 percent for gasoline and diesel costs”, it added.

“Unfortunately, governments are withdrawing incentives for electric vehicles too soon, even in countries with ambitious zero-emission targets. This attitude of prohibition without a plan will have disastrous consequences for the fight against climate change”. 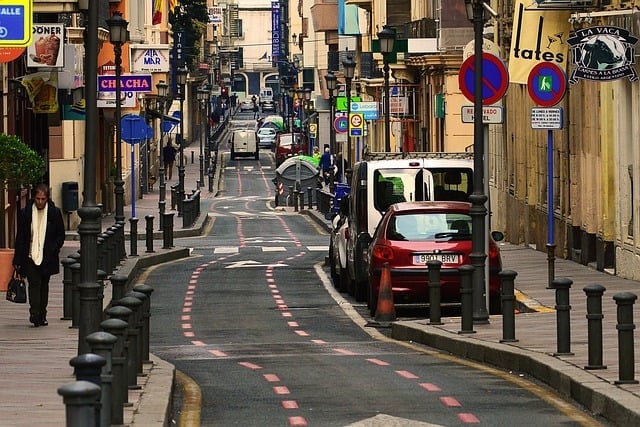 DRIVING
How long can you park your car in the street in Spain before risking a fine?

LIFE IN SPAIN
What are the penalties for drug possession in Spain?
Url copied to clipboard!