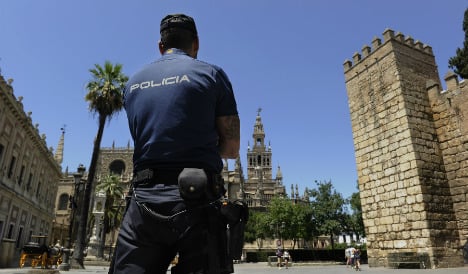 A policeman outside Seville's Alcazar. Photo: AFP
You may have seen headlines in the British and Irish press this week warning tourists that Spain has “raised” its terror alert level to ‘severe’ and is boosting police presence at holiday hotspots.

Only one of these ‘facts’ is true but as we will explain here, isn’t as alarming as it sounds.  The other – that Spain has raised its terror alert – is fake news as some would say.

This summer, as it has in previous summers, Spain’s Interior Ministry announced its security plans to keep holiday hotspots around Spain safe from the general threat of terrorism.

During the busy summer months, teams from the National Police and Guardia Civil forces  – numbering in excess of 40,000 officers – will be present in those areas saturated by tourists in a bid to prevent potential terror attacks.

This is called ‘Operacion Verano’ – Operation Summer –  and the details were outlined in a press release published on June 11th by the Interior Ministry.

According to the statement, extra security will be sent to areas that see increased numbers of tourists during the summer months, at tourist sites, beaches, transport hubs and festivals in Andalucia,  Asturias, Galicia, Cantabria, Madrid, Murcia,  the Canary Islands, the Balearics and Valencia. In total, 22,700 national police and 22,000 civil guards will form the security contingent between July 1st and August 31st, although the period is extended until September 30 on the Balearic Islands.

Spain's Interior insists the aim this year, as in previous years, is to 'take full action to obtain information in order to prevent terrorist acts', while 'reinforcing security measures at events and places that will attract a large number of people'.

This information led to headlines in the British and Irish press this week that suggested Spain was facing a “new terror threat”, an idea that was dismissed by sources at the Interior Ministry.

These articles are “a biased and tabloid interpretation of an instruction issued by the Secretary of State for Security last week,” an interior ministry source told The Local.

“The instruction is the same that is dictated every summer, it is called Operation Summer, and its objective, among others, is safety in summer, especially in areas of great tourist influx.

“It is what is done every summer, and it has nothing to do with alleged terrorist threats, which are hoaxes that are repeated from time to time.”

The ministry insisted that the number of officers deployed in 2019 will in fact be the same as last summer.

Spain has NOT changed its terror threat level since June 2015, when ISIS-inspired attackers went on a gun rampage killing 38 tourists at a beach resort near Sousse in Tunisia.

“There has been no change in the level of terror threat since that time,” confirmed the Interior Ministry source.

Since that time Spain has maintained Level 4 of a possible 5, even  in the aftermath of the Barcelona attack on August 17th, 2017 when a van rammed crowds on Las Ramblas boulevard, killing 14 people and injuring over 130 others.

Since 2012 and up to April this year, Spanish forces have carried out 181 distinct operation against terror cells and detained 334 suspected terrorists. 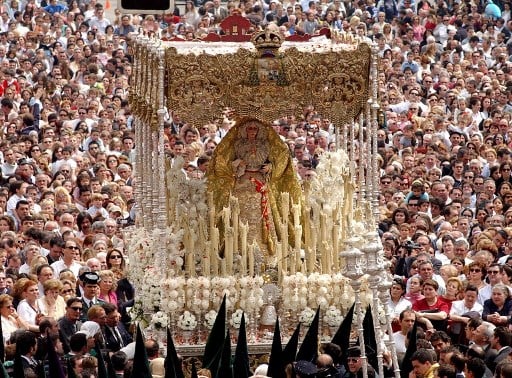 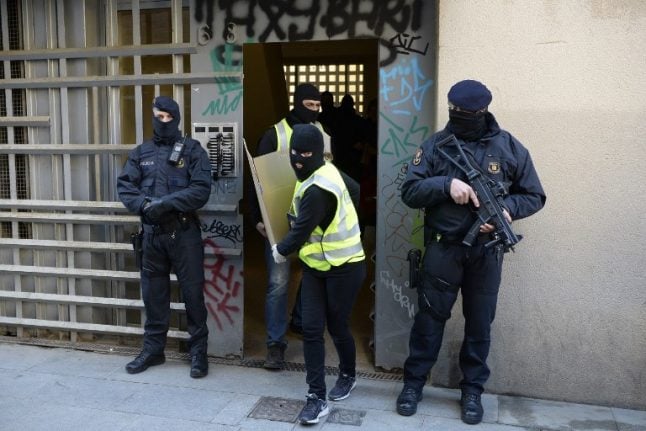