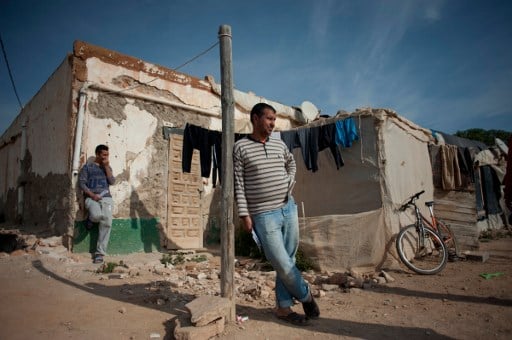 Farm workers in the 'Casa Vieja' shantytown in Nijar, Almeria province, registered as the poorest in Spain. Photo: AFP

While all almost all of the wealthiest towns located in Madrid, Barcelona and the Basque Country, at the other end of the scale, the poorest towns can be found along the coast from Andalusia to Alicante.

The data comes from the National Statistics Office (INE) records from 2016 on municipalities with a population of at least 20,000 people and reveals the average salary per capita.

The data is based on tax returns for 2016 divided over the entire community officially registered as residents on the padron – including children, students, the elderly and unemployed.

Madrid province overwhelmingly dominates the wealthiest zones with 11 municipalities – including the city of Madrid itself – appearing in the top 20. The other towns are all suburbs in the north and northwest of the city.

Barcelona province has three municipalities in the top twenty – Barcelona city, Sant Cugat del Vallés, a suburb to the northeast and the coastal resort of Sitges.

The Basque Country has five in the top twenty; Getxo, San Sebastian, Mondragon, Zarautz and Vitoria-Gasteiz while Galicia has one; Oleiros, a commuter town outside A Coruña.

The interactive map below shows the location of the 20 richest towns in blue and 20 poorest towns in red.

Meanwhile Níjar in Almeria province takes the title of poorest town (above 20,000 population) in the whole of Spain with an average annual salary of €6,253 per head of the population.

But it is joined in the bottom 20 by 13 other towns in Andalusia; three others in Almeria province, two each in Huelva, Seville and Malaga, a further three in Cadiz and one in Granada.

The Canary Islands have two towns among Spain’s poorest; Arona on Tenerife and and La Oliva on the island of Las Palmas.

Four towns in Alicante are included among the poorest; Almoradi, Mazarrón, Torrevieja and Calpe. The latter two are popular with retired Brits whose presence there certainly brings down the average income. 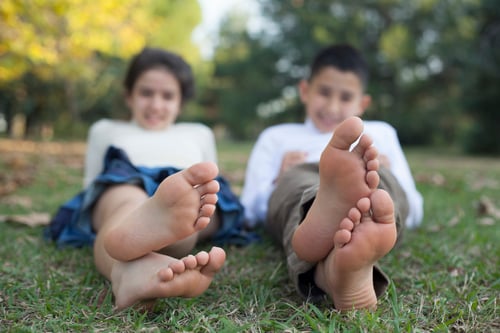 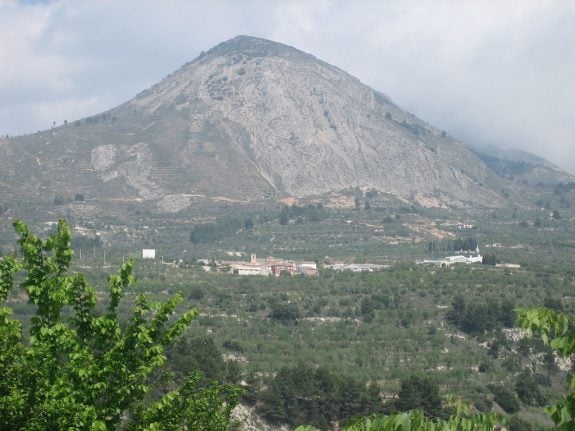 EXPATS
MAP: The towns in Alicante with zero British residents 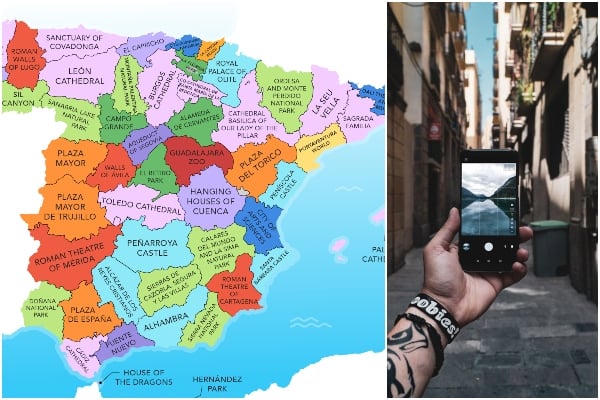 With international travel restrictions – albeit eased – still making it hard to fly abroad in 2021, a holiday within Spain is a good alternative for many locals and foreign residents in the country this summer.

Spain is after all an incredibly diverse country with a rich history and culture, wonderful nature, landmarks, leisure and more.

With so much on offer it can be difficult to decide what to choose between, but what attractions are must-dos and must-sees that you can’t miss out on?

An amazing new infographic by tourism and events website Musement has shed some light on this. To carry out the study, Musement took into consideration 4,500 points of interest throughout Spain, counting the number of Google reviews to ascertain which attractions were the most liked by travellers in each of Spain’s 50 provinces and two autonomous cities.

Attractions that form part of different provinces were also included.

For travellers who prefer to escape the crowds and get away from it all, national parks in the northern Spain such as the Sil Canyon (Ourense), Ordesa and Monte Perdido National Park (Huesca), or Montaña Palentina Natural Park (Palencia) are ideal options. Among Spain’s most popular tourist attractions is the Sagrada Familia (Barcelona), which accumulates more than 155,000 reviews on Google. But this is not the only religious landmark to earn its place on the map.

Here is a version of Musement’s map with all the attractions written in their original Spanish names. Santiago de Compostela Cathedral (La Coruña), the Burgos Cathedral (Burgos), the Sanctuary of Covadonga (Asturias) and the Cathedral-Basilica of Our Lady of the Pillar (Zaragoza) also draw many visitors.

The plazas and public parks, a meeting point for both locals and tourists alike, are in many provinces the most emblematic and preferred spots in the whole province, such as Plaza de Espana (Seville), the Plaza Mayor (Salamanca), the Plaza del Torico (Teruel), El Retiro Park (Madrid) or the Alameda de Cervantes (Soria). There is no lack of architectural gems in Spain either, such as the Hanging Houses (Cuenca) or the Hórreos de Combarro (Pontevedra), nor ancient ruins, such as the Roman theatres of Merida (Badajoz) or Cartagena (Murcia).

For the thrill-seekers, there’s reaching 110km/h speeds on the famous Dragon Khan rollercoaster of PortAventura (Tarragona). Artsy travellers can marvel at the great works of surrealism in the Dalí Theatre and Museum (Girona). History buffs can discover the old home of the Catholic Monarchs in the Alcázar de los Reyes Cristianos (Córdoba) or travel to the past and visit the Roman Walls of Lugo (Lugo). How many of these memorable attractions have you visited? An which one is your favourite?