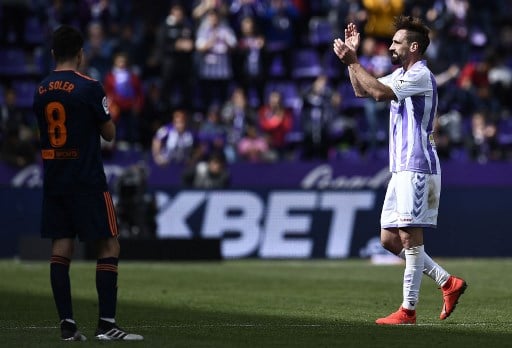 Valencia beat Valladolid 2-0 and qualified for the Champions League. Valladolid, owned since September by former Brazilian international Ronaldo, were already safe from relegation.

The paper said police had intercepted telephone conversations involving retired footballer Carlos Aranda, who was arrested last week on suspicion of leading the ring, where he is heard saying “there were seven (Valladolid) players bought” in the match.

“Valencia wins the first half and the second, okay?” he is caught saying according to a transcript of another intercepted phone call obtained by the newspaper.

Valladolid captain Borja Fernandez is among the players who were paid to lose the match, according to a judicial document obtained by El Mundo, which has broken several football-related legal stories.

Valladolid announced last week they had opened a disciplinary procedure against Fernandez amid reports that authorities were monitoring Valencia's final day win against the club.

“We hope that it is nothing. In any case, I think it is good that we investigate, because we would all fight against corruption,” Ronaldo said during an interview published last week in sports daily AS.

Contacted by AFP, judicial authorities in Aragon, the region in which the court investigating the case is located, refused to confirm the El Mundo report.

Aranda was one of several former Spanish footballers who were arrested on May 28th on suspicion of leading a match-fixing gang that operated in the country's first and second divisions.