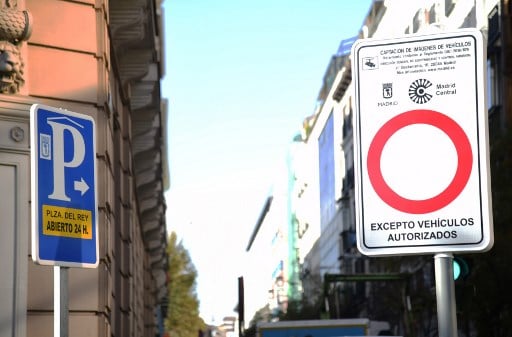 The air is clearer, people complain less about allergies, and there are notably less traffic jams, even in rush hour. In the latest environmental impact assessment,  Ecologists in Action report that in the month of May, the levels of nitrogen dioxide  (a polluting case released by vehicles) have reached the lowest levels since records began in 2010.

“Pollution has been reduced especially in the centre and north of the city, without a hint of border effect by Central Madrid,” the NGO said in the report.

“The data confirms the remarkable benefits that Madrid Central is generating for quality of the air and, therefore, for the health of the citizen”.

And at an average of 22 micrograms of pollutant per cubic meter of air, it represents the lowest monthly value registered by the network for any month since the network began to operate in January 2010.

In the centre of Madrid, within the traffic restriction scheme itself, pollution was 44 percent less that in May last year. Madrid was following in the footsteps of other European cities like London, Stockholm and Milan with a scheme aimed “reducing pollution, noise and improving public spaces.”

But it could be the first European city to reverse the scheme – despite it’s obvious success.

In local and regional elections last month, Madrid Mas – the party of mayor Manuela Carmena – won the biggest share of the vote, suggesting the popularity of the traffic scheme.

But they failed to secure a majority both in the regional parliament and City Hall, leaving the way open for right wing coalition led by the conservative Popular Party and with the support of centrist Ciudadanos and the far-right VOX.

Both PP and Vox had spoken out against the Madrid Central scheme during their campaign.

José Luis Martínez-Almeida, who is set to be the new PP mayor of Madrid if a pact can be struck vowed that his first job as new mayor would be to reverse the restrictions.

“We are going to reverse Central Madrid and return to situation we had before I hope that the administrative process to do so can be completed as soon as possible, he told El Mundo in an interview two days after the election.

Vox also supports the position with Javier Ortega Smith, the secretary-general of Vox, talking of a coalition as the results came in said:  “Starting tomorrow, Madrid Central is over.”

READ MORE: Words and phrases you need to know to be a true Madrileño

FOOTBALL
From arrests to pickpockets: The numbers that tell the story of Liverpool and Spurs fans in Madrid 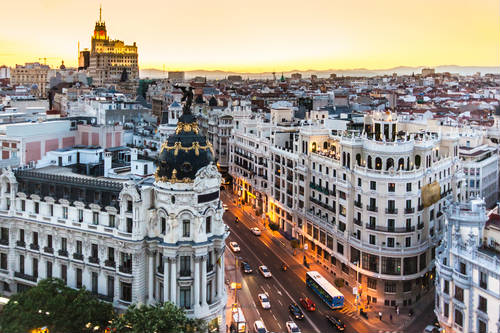 FOOTBALL
From arrests to pickpockets: The numbers that tell the story of Liverpool and Spurs fans in Madrid

LANGUAGE AND CULTURE
Words and phrases you need to know to be a true Madrileño
Url copied to clipboard!