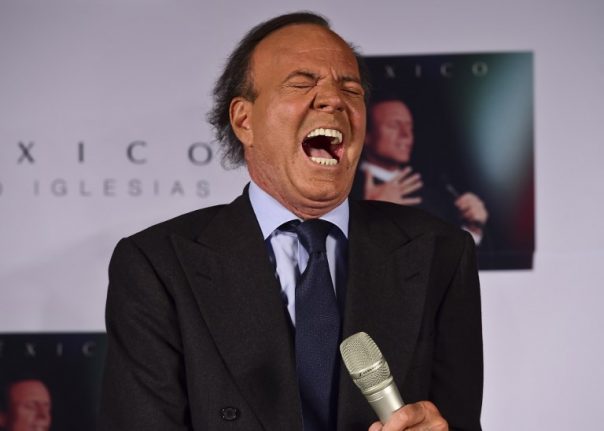 A Spanish court ruled Wednesday that Grammy
award-winning singer Julio Iglesias is the biological father of a 43-year-old
man.
The case was brought by Javier Sanchez Santos, the son of Portuguese former
ballerina Maria Edite who says she had a brief affair with Iglesias in 1975.

The 75-year-old Grammy award-winner was not at the trial that is being held behind closed doors.

The session was quickly adjourned as the judge wanted to “assess a procedural issue” before examining the case in depth, a spokesman for the court in the eastern city of Valencia told AFP.

The case was brought by Javier Sanchez Santos, 43, the son of Portuguese former ballerina Maria Edite.

“I want to believe in the justice system… I just have to wait now,” Sanchez said as he left court.

Osuna said Iglesias's defence team believes the trial should not take place as the case has already gone to court and was dismissed.

But Osuna feels “a new trial” is justified as they have “DNA evidence” brought from the United States by a detective.

The detective managed to get close to the singer's son Julio Iglesias Junior while he was surfing in Miami and picked up “a bottle of water” that was used in a DNA test, the lawyer said.