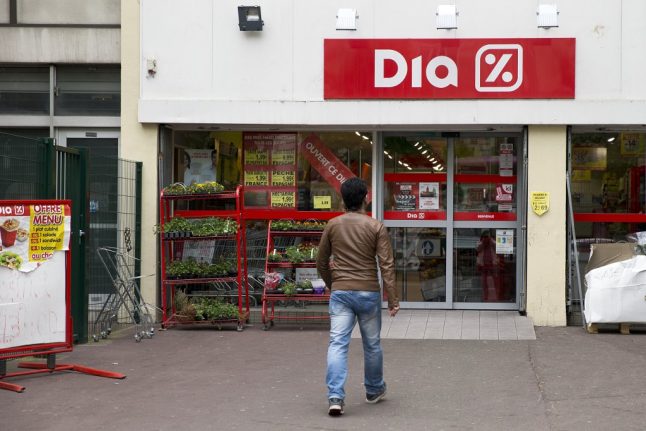 LetterOne was already the largest shareholder with a 29 percent stake in Día before the offer, which closed Monday, that brought it an additional 29.4 percent of ownership in the chain which operates supermarkets in Brazil, Argentina and Portugal in addition to Spain.

Shareholders rejected in March a turnaround plan by Dia's managers that would have seen them stump up more cash, thus paving the way for Luxembourg-based LetterOne which has promised to inject 500 million euros ($560 million) into the firm.

LetterOne also said it had reached agreement with 16 out of 17 of Dia's creditors on a viable capital structure for Dia, which has around 1.5 billion euros in debt.

The buyout price of 0.67 euros per share represented major losses for long-term investors as Dia shares were trading at above 4.00 euros until the beginning of last year.

Dia faced pressure on its margins from rivals German discount chain Lidl and Spain's Mercadona, with a tactic of offering super sales on a handful of items to lure in clients backfiring when stocks would quickly sell out leaving many customers frustrated.

Hyperinflation in Argentina, where it has 16 percent of its stores, also hurt performance.