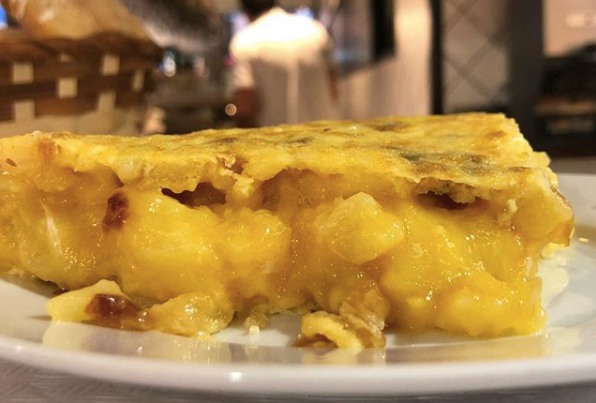 If you’re a fan of tortilla – Spain’s version of a potato omelette, not tortilla maize chips – you may be interested in sampling the finest version of it that there is.

And so it was that Casa Dani, located at the Mercado de la Paz market in Madrid’s upmarket Barrio de Salamanca neighbourhood, took top prize.

“The secret to my tortilla is having good ingredients, experience and plenty of heart,” chef Lola Cuerda said after being given the award.

Spanish omelette is traditionally made by cooking eggs, potatoes, salt, garlic and onion (whether or not to include the latter ingredient is a matter of national debate), and then fried in oil.

That’s the basic recipe but pretty much every region of Spain has it’s own particular way of preparing it.

It may seem straightforward enough but there is an art to it, and unless you have your ingredients and timing down to a tee, any tortilla you prepare is likely to come out differently every time.

RECIPE: How to make a classic Spanish tortilla de patatas

Casa Dani’s secret, at least what they’ve been prepared to disclose, is to use sour-tasting potatoes and sunflower oil rather than olive oil (also a very handy cost-cutting tip given how much oil is needed to make a tortilla).

If you’re not planning a visit to Madrid any time soon but still want to sample some of the very best tortilla, perhaps Spain’s most quintessential dish, here are the other finalists: