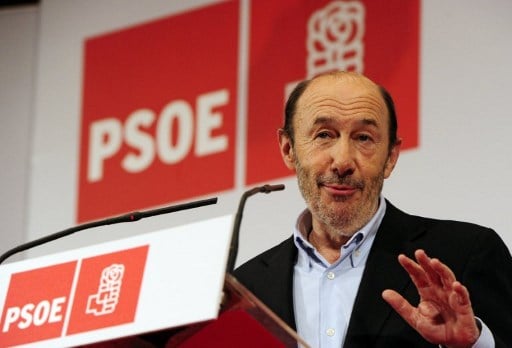 File photo of Alfredo Perez Rubalcaba when he was head of the PSOE in 2012. Photo: AFP

Rubalcaba was admitted to a hospital in Majadahonda near Madrid in serious condition on Wednesday night and died Friday, his family and party officials said.

We mourn with @PSOE for the loss of Alfredo Pérez Rubalcaba. He has been a very important person in Spain’s democratic political life. #GraciasAlfredo pic.twitter.com/T0H9GCEgI5

Socialist Prime Minister Pedro Sanchez, who succeeded Rubalcaba as party leader in 2014, also took to Twitter to mourn “a statesman (whose) whole life was dedicated to the service of his country”.

“The end of ETA and great social advances bear his signature,” added Sanchez, who Thursday left a European Union summit in Romania early to be with Rubalcaba's family.

Former rightwing prime minister Mariano Rajoy paid warm tribute on Twitter to “an adversary worthy of respect and admiration” and also “one of the most important personalities in recent Spanish history while the royal palace saluted his “keen sense of state.”

Rubalcaba, a Real Madrid fan who in his youth was a top track sprinter, joined the party in 1974 in the dying days of the dictatorship of General Francisco Franco.

During his over five years as interior minister Rubalcaba oversaw a crackdown on ETA as well as secret peace talks with the group.

ETA announced an end to its four-decade armed struggle in October 2011, shortly after Rubalcaba left the post of interior minister.

He was picked as the Socialists' top candidate during a November 2011 general election, which the conservative Popular Party won in a landslide as voters punished the PSOE for a persistent economic crisis that had saddled Spain with painful austerity measures and sky-high unemployment.

Rubalcaba resigned as leader of the Socialists in May 2014 after the party received a drubbing in European Parliament elections and he returned to his former post as a chemistry professor at Madrid's Complutense University. 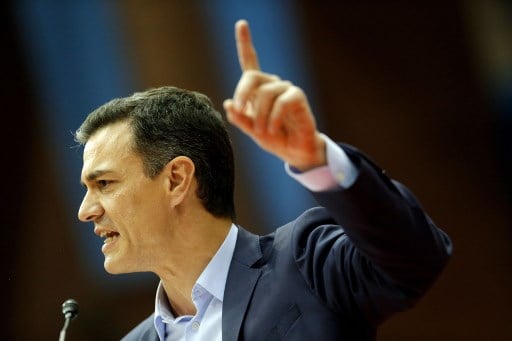