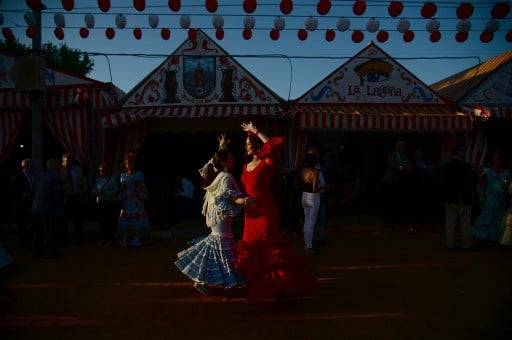 For one week each year, the southern city of Seville is transformed into a colourful celebration of flamenco, music and dance, horses and bullfighting and of course, food and drink.

Women stroll around in glamorous bright flamenco dresses while men don their best togs to parade on horseback and in carriages around the city's bullring.

READ MORE: All the fun of the fair! A guiri's guide to Spain's ferias.

What started as a livestock fair back in the mid-nineteenth century, the event has now become an enormous celebration with over one thousand casetas and a huge fairground as well as the bullfights held each evening.

Despite the name, Feria de Abril – because of the late Easter this year, the 2019 feria got underway on May 4th and continues until .next Tuesday, May 14th..

Take a look at some of the best shots from first few days of this year's celebrations: An anti-bullfighting activist of “Vegan Strike Group” interrupts a corrida at the Real Maestranza bullring in Sevilla on May 5th.

Seville, with its sunny weather, flamenco dancing and historical landmarks such as its gothic Cathedral, is Spain's third most visited city. Photo: CRISTINA QUICLER / AFP

While thousands of football fans are set to flock to the city later this month, hotels, restaurants and bars warn the event won’t be enough to make up for the collapse in business brought on by the health crisis.

“It is a first-class showcase,” said Antonio Munoz, the city councillor in charge of tourism.

“It is a draw to recover the appeal this city has always had to attract tourism.”

Bilbao was dropped because it was unable to guarantee organisers it could host fans in the stadium for matches due to the strict virus measures in place in the region.

Seville’s 64,000-seat La Cartuja stadium is set to host all three of Spain’s Group E games against Sweden, Poland and Slovakia, plus a last-16 match during the second half of June.

Capacity at the venue will be limited to around 25 percent, or 16,000 people.

Antonio Luque, the head of the Seville Hospitality Association, said tourists will be greeted “with open arms” but the money they will spend will pale in comparison to the income the sector has lost.

Beyond the Euro, 2021 will be “complicated”, added Luque, who does not expect hospitality sector revenues to return to pre-pandemic levels until 2023.

Seville, with its sunny weather, flamenco dancing and historical landmarks such as its gothic Cathedral, is Spain’s third most visited city.

The tourism sector accounts for 18 percent of the city’s economic output.

But the hospitality sector’s revenues plunged to 640 million euros in 2020 from 1.6 billion the previous year, as the pandemic put the brakes on travel around the world.

READ ALSO: Has Spain backtracked on its plan to welcome all vaccinated tourists in June 2021?

This drop in business led about one in five businesses to close their doors, according to the hospitality association.

The fall in visitor numbers can be felt in the narrow streets of Seville’s old Jewish quarter, the Santa Cruz neighbourhood.

“Here half of the businesses have closed. It’s dead,” Maria Menendez, who runs a tea shop in the neighbourhood, said as she pointed to a boarded-up shop across the street.

“The Euro is a boost that will last three days,” she added.

A few steps from Seville’s famous cathedral, chef Rafael Sanchez has recently reopened his tapas restaurant, Las Columnas, after a 15-month closure due to the pandemic.

With nostalgia he recalls the European, American and Asian tourists who ate at his venue in the past.

“I hope they will all come at once, and that we can return to normality,” said Sanchez.

READ ALSO: Why international residents in Europe will travel this summer despite Covid

Just over half of Seville’s hotels are currently open but city hall expects that by mid-June 70 percent of hotel beds will be available.

The local hotel association was optimistic about the future, but declined to give a forecast for reservations which will depend on the recovery of flights to the city.

“What matters is that Ryanair flights resume,” said Diego Zanoletti, an Italian who runs a bicycle rental shop.

Like other business owners, he believes the Euro is “a positive thing but it remains a one-off event which will not make up for our lost year or what we will lose in 2021”. 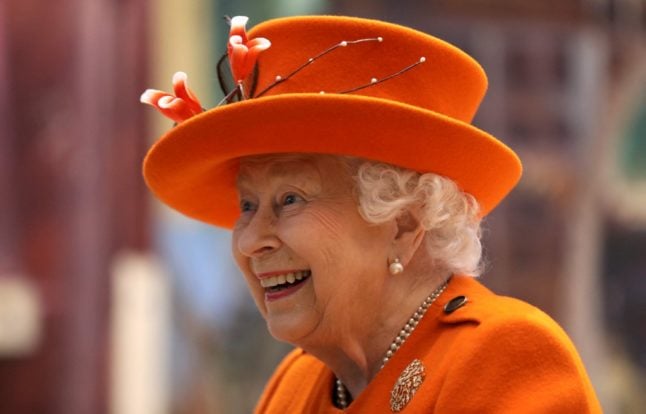