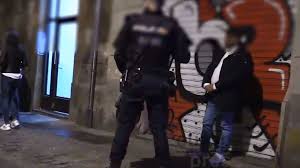 The migrants were flown to Algeria, from where they crossed into neighbouring Morocco by foot and were then taken by motorboat across the Mediterranean into Spain, the police said in a statement issued on Friday.

At least 350 people from Bangladesh, India, Pakistan and Sri Lanka were smuggled in by the group, the statement added.

The ring comprised several cells. One was charged with recruiting migrants, another organised their stay in transit countries while a third arranged the Mediterranean Sea crossing.

The gang fraudulently obtained Algerian entry visas for the migrants in India.

Once the migrants were in Spain, they were provided with fake passports or fake Bangladeshi police certificates stating they had no criminal records which they used to obtain Spanish residency permits.

Spain is the main entry point for migrants seeking a better life in Europe after Greece.

Over 7,800 migrants have entered Spain since the start of the year, mostly by boat from Morocco, according to the United Nations' International Organization for Migration (IOM). The vast majority were from Africa.