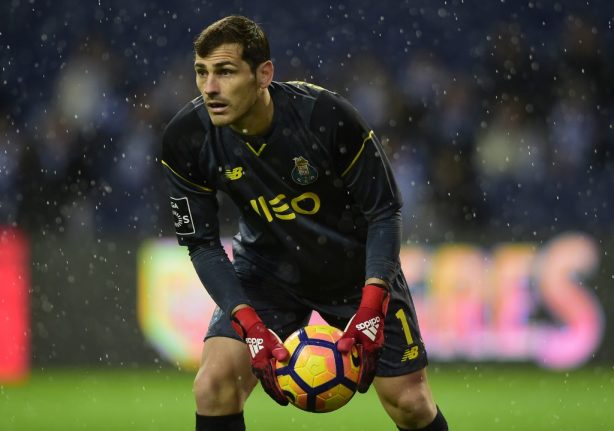 The 37-year-old, who has 167 Spain caps and played more than 500 games for Real Madrid, suffered what the Portuguese club called an “acute myocardial infarction” in training on Wednesday.

The club's statement on Wednesday afternoon said that “the session was interrupted to provide assistance. It went on that Casillas was in a Porto hospital “well, stable and his heart problem solved.”

In addition to domestic honours with Real and Porto, Casillas has won one World Cup, two Euros and three Champions Leagues.