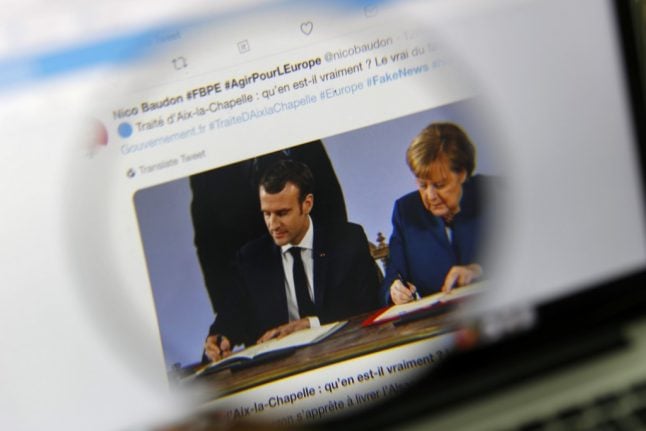 “If governments make claims about the EU or the commission, which do not correspond to the truth, then we will respond,” Juncker said in an interview appearing in Tuesday's edition of newspapers owned by Germany's Funke media group.

“I will do this myself in the coming weeks before the election.” Juncker, the commission's president, vigorously warned against manipulation attempts to sway voters – even from EU member states.

“I have already see attempts to influence the election of the European Parliament by manipulation, which comes from several corners, not only from outside the EU,” he added.

“States within the union are also trying to steer the electorate's will in a certain direction with fake news.

“The commission is prepared to fight it all off.” Hungary's Prime Minister Viktor Orban has been a vocal critic of Juncker, holding the EU chief responsible for allowing the United Kingdom to potentially fracture the union once the UK finally sees Brexit through. “The Hungarian government chief Orban claims that I am responsible for Brexit — although that is stuck down by evidence to the contrary,” Juncker said in response.

“The Hungarian government also claims that I am to blame for the division of east and west in Europe — although the commission has done everything to fill the gap.” Elections for the European Parliament will take place from 23 to 26 May across the continent.

Voter turnout at European Parliament elections has dropped steadily over the years, hitting a record low of 43 per cent at the last poll in 2014 when eurosceptic parties made major gains.