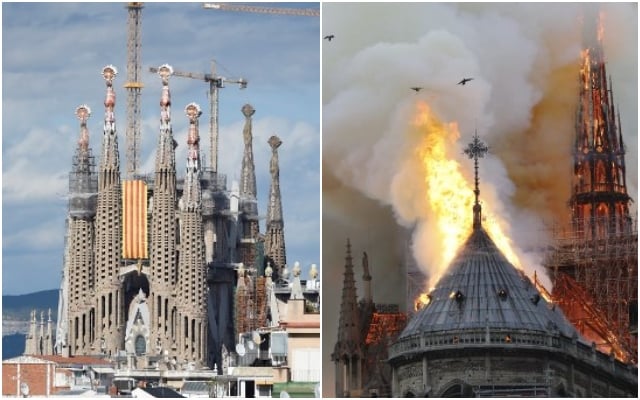 “This is a warning,” he told Spanish radio. “The danger always lies in antiquated electrical systems which have to be reviewed.”

He gave no details as to what monuments would be covered.

The cause of the blaze in Paris is not yet known but the cathedral had been undergoing intense restoration work which the fire service said could be linked to the blaze. French prosecutors said it was being treated as an accident.

Guirao said he would talk to his French counterpart on Tuesday to see how Spain could help after the blaze.

“Right now, above all, it's about moral support, solidarity and from there, whatever they need.”