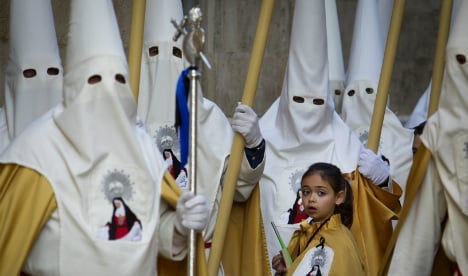 In 2022, Easter in Spain runs from April 10th to April 17th, with Good Friday (April 15th) a national holiday and Thursday (April 14th) a regional holiday in many autonomous communities.

Why is Easter such a big deal in Spain?

Holy Week (Semana Santa) is the biggest religious celebration of the year in Spain, which means public holidays, a good deal of eating and drinking and lots of processions. Easter is a time for Spaniards to take to the streets and watch elaborate reenactments of the Passion, as well as enjoy some time off work in the company of their families and friends.

What happens during Semana Santa?

Elaborate processions take place throughout Holy Week. Associations known as cofradías or ‘brotherhoods’ (whose members take part in the processions) are a strong tradition in Spain, with many dating back to the Middle Ages.

Semana Santa processions are also known as ‘penance processions’ and involve members of the brotherhood (nazarenos) parading from their church to the city’s cathedral.

To spot the start of a procession, look out for the giant cross that is always carried at the front.

What are they wearing? People taking part in Semana Santa processions dress in traditional capirote – the tall conical hat which also covers their faces, as well as in belted robes.

Capirotes used to be reserved for people doing penance: as a sign of atoning their sins, they would walk through the town wearing the hat, their faces covered so they could not be recognized as sinners.

Although strikingly similar, they have nothing to do with the hoods worn by the Ku Klux Klan.

READ MORE: Spain’s Easter white hoods are a symbol of penance, not of right-wing extremism

Women often wear the mantilla, a black lace veil worn high on the back of the head, and have strict costume rules to adhere to.

What are they carrying? In most Easter processions, participants carry large floats, or pasos, that are adorned with religious sculptures depicting Jesus or Mary, some by renowned Spanish artists. The floats are festooned with flowers and candles and are the focal point of the procession. Many brotherhoods have owned and preserved their pasos for hundreds of years.

Where are the best places to spend Easter in Spain?

If you are after the most glamorous and ornate Semana Santa parades, look no further than Andalusia, especially the cities of Seville, Granada and Málaga. The region’s flamenco heritage seeps into its Easter celebrations, making for a fest like no other in Spain and one that attracts the most tourists.

Seville holds some of the biggest Holy Week processions including La Madrugá (dawn), a series of processions that take place during the night of Maundy Thursday and into the morning of Good Friday, a highlight of Semana Santa for many spectators. Listen out for the saetas, or bursts of flamenco from people on balconies along the procession route who are so moved by the spectacle they have to express their lament. In Málaga, giant tronos, or thrones, are carried through the streets by members of brotherhoods dressed in long purple robes and followed by women dressed in black and wearing the typical mantilla, or lace veil. There is a real festival atmosphere in the city during Holy Week, much livelier than some of the more sombre celebrations in Spain’s northern towns and cities.

Celebrations in the central region of Castille La Mancha are famous for their more sombre and, some would say, authentic Semana Santa parades. Zamora (pictured above) lays claim to the oldest Semana Santa celebrations in Spain, which date back to 1179. The city, close to the Portuguese border, sees its population increase five times during Holy Week, as up to 300,000 people flock to watch the ancient traditions.

Salamanca also holds Holy Week fests that date back hundreds of years, with the earliest penance processions recorded as far back as 1240. More than 20 brotherhoods organise 16 processions against the beautiful backdrop of the UNESCO World Heritage Site city.

Valladolid’s processions are renowned for their pasos (floats) which carry religious statues dating back to the 16th and 17th centuries. The city’s National Sculpture Museum donates over 100 images to be used during the processions, making it one of Spain’s most artistic parades.

Be aware, not everywhere celebrates Semana Santa with the same enthusiasm. In Catalonia for example, big processions are not common. You may only find one or two smaller ones, instead of the long ones that occur every day of Holy Week in Andalusia.

What do the Spanish eat?

While chocolate Easter eggs are becoming more and more popular, they are not traditionally a big part of Easter celebrations in Spain. But that’s not to say Spaniards don’t have special sweet treats for Holy Week.

Torrijas are a traditional Semana Santa sweet snack of bread soaked in milk and egg before being fried and served with sugar or honey, and are available all over the country during Holy Week.

Pestiños are little pastries popular throughout Spain, but especially in Andalusia. Sesame-flavoured dough is fried then glazed with honey or sugar.

Discover what other mouth-watering Easter treats you find in Spain here.

Will there be any Covid-19 restrictions this year?

Most restrictions have now been relaxed across Spain and they are not expected to be tightened again before Easter, however as we have seen, the pandemic has been very unpredictable.

Each region has slightly different Covid-19 rules, meaning that it could depend on where you are in Spain, however restrictions are expected to be limited.

The Ministry of Health has advised that distances are kept between people in the parades and that spectators are spaced out as much as possible, particularly when people are eating, drinking or smoking.

One of the main restrictions that may be enforced is the use of masks in situations where distances between people can’t be maintained. For example, the Minister of Health and Families of the Andalusian government, Jesús Aguirre, has said that citizens must wear masks when they are in crowds.

Spaniards will tell you “it always rains in Semana Santa” but as March already saw a lot of rain across Spain and Easter falls in the middle of April this year, it’s more likely to be fine during the parades. But you never know! So check the forecast and if there is even the slightest chance of rain, make sure to carry an umbrella. 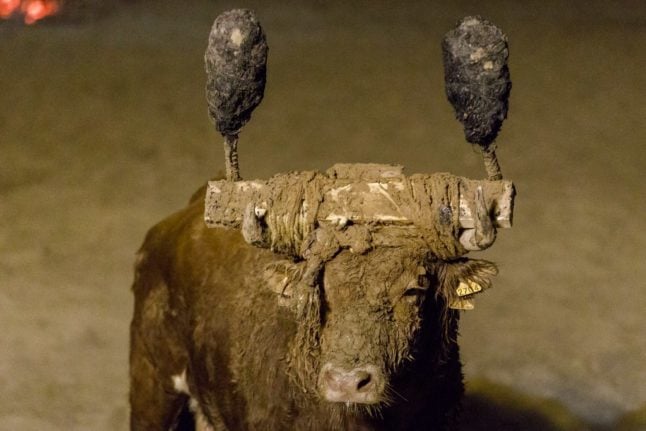 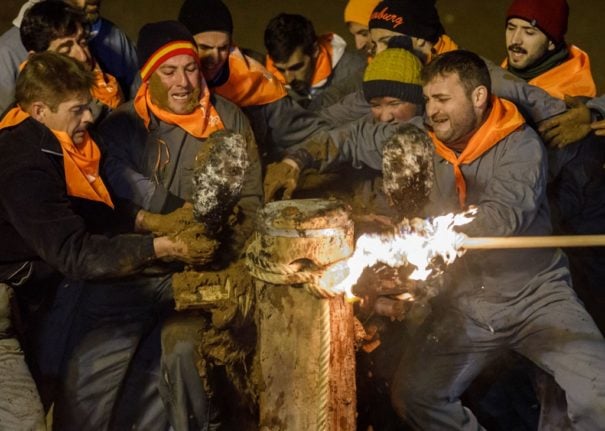 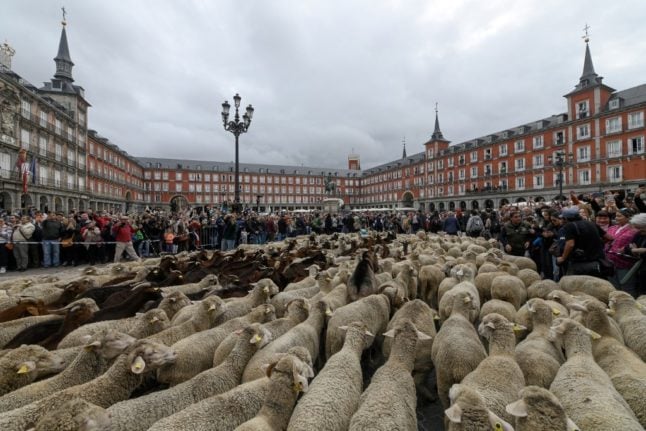