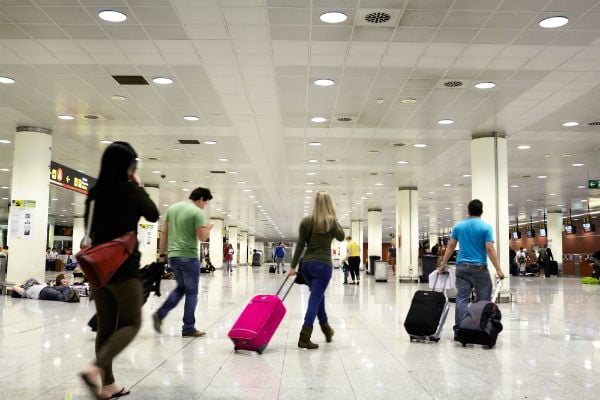 Who is striking and when?

The pilots union Sepla is supporting industrial action by pilots with the Valencia based airline Air Nostrum. They have proposed a series of six 24-hour strikes to take place during Semana Santa and the days following. Proposed dates are April 15, 16, 17, 22, 23 and 24.

It's a long-running complaint over working conditions tied in with outsourcing services.

Two of Spain’s largest unions, the General Union of Workers (UGT) and Workers’ Trade Union (USO) have called for a strike of ground staff at AENA airports on April 21 and 24 in an ongoing dispute over pay and conditions outlines in new contracts for handlers.

There is still a chance that an agreement can be struck in talks later this week but if negotiations fail around 60,000 workers are expected to down tools at Spain’s airports.

Renfe machinists have also threatened to strike for 24 hours on April 23rd – the day that many travellers are returning home before the start of school.

Who will be affected

Easter week is one of the busiest travel periods in Spain, where Spanish people tend to take holidays and relocate to other parts of the country. It is also a very busy period for foreign tourists as the week coincides with school holidays across Europe.

According to Spanish airport authority Aena, an estimated 5 million travellers will arrive travel through Spanish airports aboard 32,500 during Easter Week.

No details have yet been released about flight cancellations or delays but authorities usually strike a deal with unions to agree to provide ‘minimum services’.

The Local will keep you updated on developments.