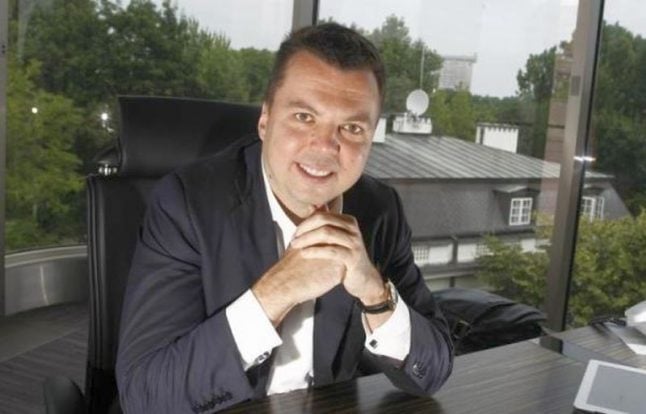 Marek Falenta. Photo: Twitter
Marek Falenta was sentenced to two-and-a-half years in prison in Poland in December 2016 for setting up an eavesdropping system in swanky restaurants in Warsaw that saw waiters record conversations between businesspeople and politicians.
That led to a major scandal that erupted in 2014 with media publishing extracts of incriminating conversations including Poland's then foreign minister who allegedly slammed Warsaw's alliance with the United States as “worthless”.
The scandal contributed to the ruling Civic Platform losing in 2015 to the conservative opposition Law and Justice party now in power.
While not identifying him by name, Spanish police said in a statement they and some of their Polish counterparts had arrested a “multi-millionaire” wanted by Warsaw in a luxury apartment in the eastern seaside town of Cullera.
They only gave his initials as “M.A.F” and stated he came 67th in Poland's Wprost list of top fortunes in 2013.
Poland's Interior Minister Joachim Brudzinski confirmed in a tweet that the man arrested was Falenta.
“When police turned up at the flat, the suspect's partner asked agents to enter immediately as M.A.F, realising police were there, threatened to throw himself off the balcony on the ninth floor,” police said.
They eventually convinced him not to jump and detained him.
A police spokeswoman was unable to say when exactly Falenta was detained but said it was recent. It was also unclear when he fled Poland. Polish authorities had issued a European arrest warrant for him.
Falenta was due to be questioned by a judge, the police spokeswoman said, a necessary step before any extradition process.
Url copied to clipboard!