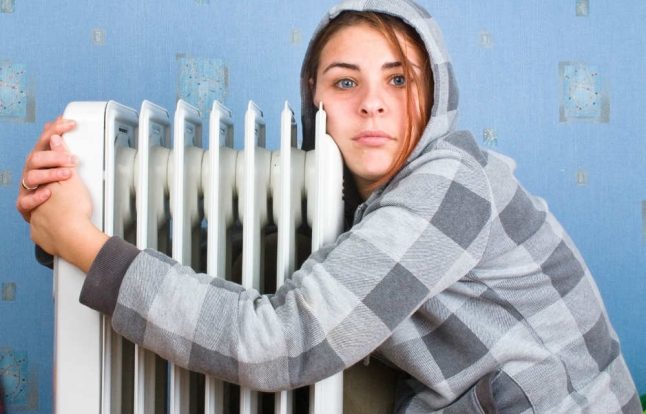 After a balmy spring arrived early in Spain you may have been tempted to pack away the big jumpers and winter coats.

But northerly winds are sweeping down the peninsula sending temperatures plummeting. And the cold snap is expected to last until Sunday.

Spain’s state meteorological agency AEMET issued warnings over the extreme change in weather and predicted that temperatures would be between 6 and 10C lower than average for this time of year.

The wind will further add to the chill factor, making it feel colder than it actually is.

“The drop in temperatures, caused by a mass of very cold air at high altitudes, will be accompanied by strong northerly winds which will increase the sensation of cold,” AEMET said in a statement on their website.

“The unstable mass of air brings stormy weather which will be locally heavy and persistent in the far north of the country. The snow line will drop markedly with significant snowfall from 600/800m in Cantabria and the Pyrenees.

“It is likely that during the following days, storms and low temperatures will spread across the rest of the country to Mediterranean areas and with snow in mountainous areas and the northern plains.

“In the Canary Islands, it is expected that the unstable weather will continue with some heavy rain in the western islands.”

But every cloud has a silver lining, they say, and this time it means a dump of late snow for the those hoping to fit in a ski break before Easter.