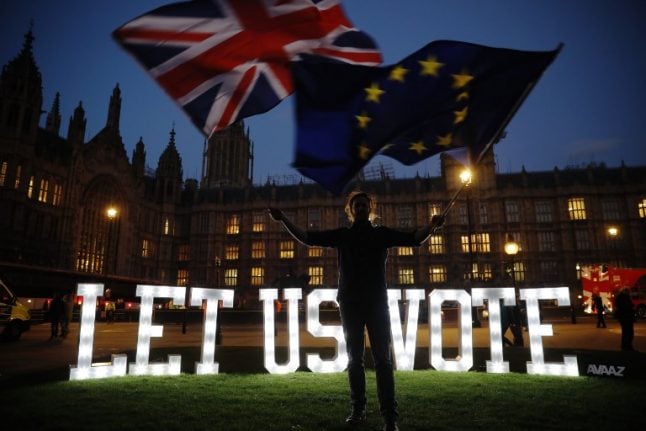 An anti-Brexit protest near the Houses of Parliament last week. Photos: AFP

For the last two years, ever since the triggering of Article 50, the clock has been ticking down to Brexit Day. Over 100 times, Theresa May informed parliament and the British people that we would be leaving the European Union on March 29th, 2019, but she finally accepted that this wasn’t going to be the case.

Brexit Day or not, last Friday was a momentous landmark in the Brexit story. The Leave campaign’s march arrived in London, after its long and poorly-attended trek from Sunderland – a trek on which its leader, Nigel Farage, showed only minimal participation. More importantly, Theresa May brought back the Withdrawal Agreement to the House of Commons for one final attempt to gain parliamentary support for her twice-defeated deal. Friday 29th was a day of mixed emotions for British citizens in Spain. Despite the media asserting that Theresa May was destined to lose the vote, many people were naturally concerned that the deal would somehow pass, resulting in us leaving the EU on 22 May with our rights diminished. Despite the demands of citizens’ rights groups, such as British in Europe, both sides of the negotiating table have failed to ring-fence the rights already ‘agreed’ in the Withdrawal Agreement, and their reluctance to do so continues.

For many Bremain in Spain members, Friday 29th was a day of celebration. Or, as we like to call it, Un-Brexit Day! A day to celebrate our progress in the battle for another referendum – this time round, a fair, honest and legal referendum. A year ago, campaigners for a second vote – and those discussing Brexit being postponed, or even cancelled – were considered dreamers. Our goals were deemed as being equally “unrealistic” as the fantastical visions of Brexit espoused by the Leave campaign. Yet here we are in April 2019, still members of the European Union, still European citizens, and with a real chance of achieving our goals.

On Wednesday March 27th, parliament took control of the Brexit process for a day, the intention being to debate and vote on alternative options to May’s unpopular deal. Eight options were considered. While none achieved a majority, two clear favourites emerged: a customs union add-on, defeated by a mere eight votes, and a confirmatory referendum, which received the most votes. The option of leaving with no deal was soundly defeated, with 400 MPs voting against it. To date, this is the most significant indication that parliament won’t tolerate a no-deal scenario, as May readily acknowledged.

Parliament will repeat the process again this week, as it’s trying to reach consensus. Meanwhile, May seems intent on bringing back her deal for a fourth attempt: clearly, she still believes this is the only possible Brexit route. It’s debatable whether the Speaker, John Bercow, will allow a further attempt.

The biggest concern for British citizens living and working in EU27 countries is the fear of a no-deal scenario on April 12th. As this is still the legal default option, fear of it happening has increased since the EU responded to recent events in Westminster by claiming that no-deal was now “more likely”.  An emergency EU summit has been scheduled for April 10th. Before this date, the Prime Minister must apply for a long extension and commit to taking part in the European elections. The EU will set further conditions – most likely a public vote or a general election – both of which are now being openly discussed in parliament.

I still believe a no-deal scenario will never happen – as I did last week, last month and last year. UK parliament has finally flexed its muscles and it’s not finished yet. Parliament has confirmed that it won’t allow the UK to crash out of the EU under those damaging circumstances – even if it means a delay, a compromise, a new Prime Minister, or even a new government.

We aren’t out of the woods yet! We can expect more shocks, surprises, twists, turns, and time-wasting. However, we must be thankful that Brexit didn’t happen on March 29th, that May’s bad deal has been defeated – not once, not twice, but three times – and that a #PeoplesVote referendum is increasingly popular and close to reaching a majority amongst law-makers. Most importantly, we are still European citizens, with all the benefits of EU membership.

I’ve said it before: three’s only one way to guarantee retaining our precious rights and freedoms – and that’s to stop Brexit. Not only are we closer to that goal than ever before, but a majority in the UK demonstrably wants the same outcome.

So, pop that Cava cork and let’s celebrate our success. Happy Un-Brexit Day to all! 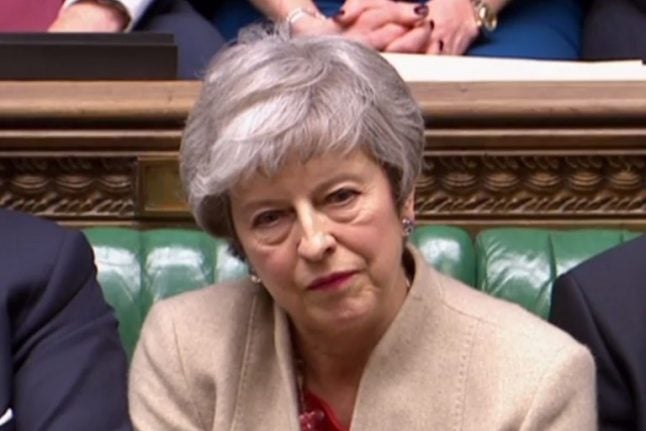 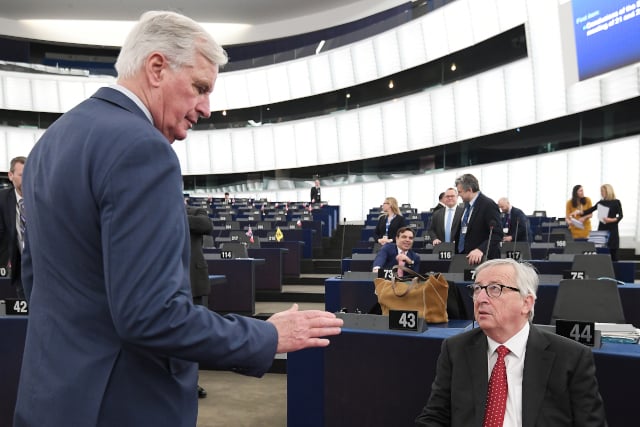 BREXIT
‘Let’s not get distracted’: EU deals blow to chances of ring-fencing rights of Britons in Europe

BREXIT
‘Let’s not get distracted’: EU deals blow to chances of ring-fencing rights of Britons in Europe
Url copied to clipboard!