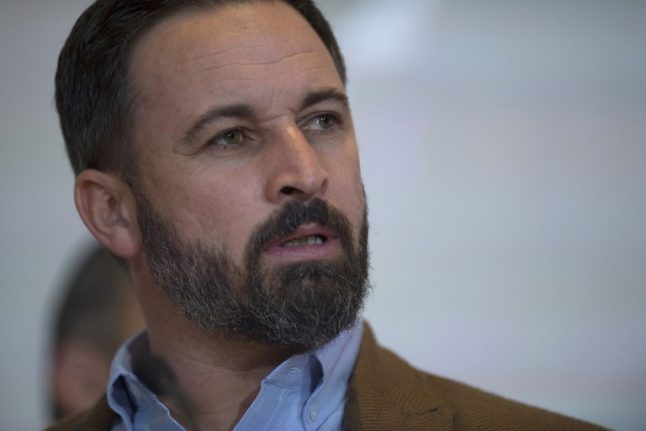 Santiago Abascal believes that not only should “insurmountable walls” be built at the borders of Spain’s north African enclaves to halt “the wave of illegal immigrants”, but that Morocco should foot the bill. He argues that as Morocco “ sends waves of immigrants across the border” it should be one to pay for the cost of walls at the borders in Ceuta and Melilla, Spain’s two enclaves on the North African coast.

He also argues that the army should be sent in to patrol the borders until the walls are erected and should be given “the necessary orders” to defend them.

Abascal, a 42-year-old from the Basque Country,  also wants to introduce new measures to prevent NGOs from  helping stricken migrants and rescuing them at sea.

He wants to stop “those NGOs that collaborate with mafias and go to the African coast to collect human trade”.

The leader of Vox, which won its first seats in the Andalusian parliament in regional elections last December and is set for a sizeable share of the vote in the general election on April 28, also wants to construct a “psychological wall” against migration.

He believes that “the great wall that we should be building is a psychological one and consists of informing immigrants that those who enter illegally in Europe will never be able to regularize their situation nor will they have the right to stay, nor will they have social assistance, nor will they be given a health card,” he insists.

Polls suggest Vox, which campaigns against illegal immigration and “radical” feminism, will become the first far-right party to win seats in the Spanish parliament since the late 70s and could emerge as a kingmaker in Spain's increasingly fragmented political landscape.

The party, founded in late 2013, sent shockwaves through Spain after winning a surprise 11 percent of the vote and 12 seats in a regional election in Andalusia in December.