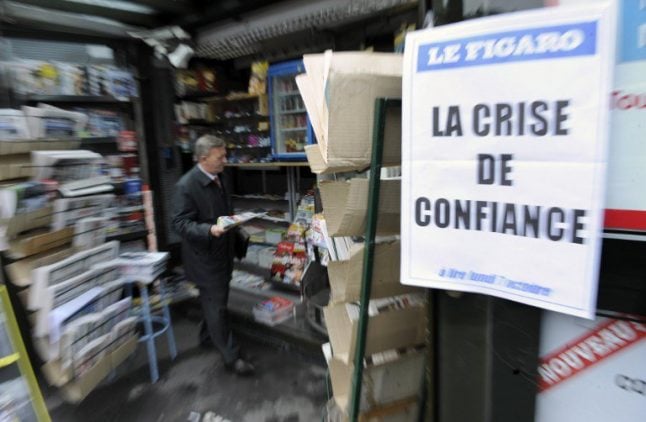 As the EU Council granted the British government a three week respite to get the Brexit Withdrawal Agreement approved by British MPs, headlines in EU news sites did not stack their odds on this happening.

“Theresa May's last chance: She has just under three weeks to find herself a miracle,” wrote Antonello Guerrera in a commentary piece in Rome-based daily Repubblica.

French daily Le Monde wrote that Brexit was causing “a regime crisis” in the UK. The Paris-based daily compared the Brexit saga to a “Shakespearean tragedy.” Le Figaro daily called the EU's Brexit extension, which comes with the caveat that the UK must approve the Withdrawal Agreement, “a formidable trap” set by the EU27.

Le Monde did however find time to pay tribute to the way the British were reacting to the crisis – with the self-deprecating humour they are known for.

The daily noted new optimism from key EU figures that the deal could still be approved by the UK parliament: German Chancellor Angela Merkel said it “was an intense but successful evening”;  EU Council President Tusk said he “optimistic” and Eu Commission President Juncker was cited as “hopeful” that the deal could still pass through the House of Commons, according to the daily.

The general consensus in the German media was that the brief extension to Article 50 granted by the EU would only defer any Brexit chaos. “The EU gives Britain a reprieve and thus defuses the Brexit crisis – for the time being,” commented German news portal Handelsblatt.

The view from Spain wasn't dissimilar. Spanish daily El Pais ran with the view of the Iberian country's Prime Minister Pedro Sanchez. “We are at a critical moment in the construction of Europe. History will judge what will happen in the coming weeks,” PM Sanchez told the Madrid-based daily.

El Pais also noted that whatever mess comes, there will be enough toilet paper in the UK to clean up, reporting that German firm WEPA – a key supplier to the UK market – has stockpiled 600 tonnes of toilet paper at its UK warehouses in preparation for a no-deal.

'A storm is coming'

“The prime minister has invested almost all her political prestige in guaranteeing the outcome of the referendum, and sail Brexit into harbour. The problem is that the British ship is not in port, but in the middle of the sea. And there's a storm coming,” wrote Erik de la Reguera in an analysis piece in Swedish daily Dagens Nyheter.

“The future of Brexit lies in the hands of 10 Northern Irish people,” wrote Spanish-daily El Confidencial in an analysis piece, focusing on how Theresa May will need DUP votes to approve the deal at a third time of asking.

“Think of the future of your country. Approve this deal,” said the Czech Republic's billionaire Prime Minister Andrej Babis, addressing British MPs, according to a report in Czech broadsheet Hospodarske Noviny.