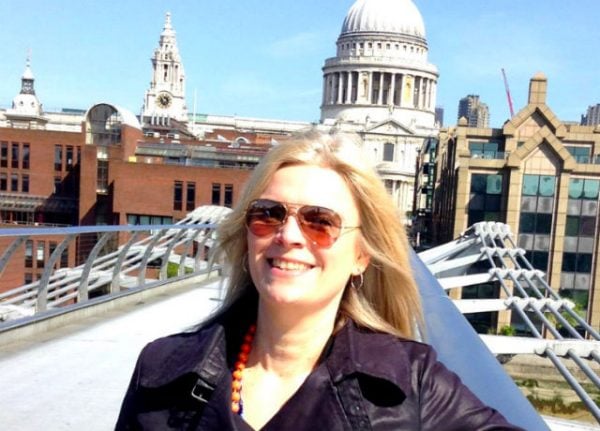 For many, London is seen as a place to not only chase their dreams but to have improved chances of achieving them. That was certainly the case with Meike Brunkhorst, who came to the city from Lower Saxony, Germany, more than 30 years ago and has never looked back.

Brunkhorst, who runs her own art marketing consultancy, said she’s carved out a niche career in London that would be unthinkable elsewhere.

“London makes things possible for me that wouldn’t have been possible if I had been anywhere else,” she said. “There is no other place in Europe that has such a high density of talent. There are so many artists and musicians here and such a strong cultural ecosystem that it provides a big enough base to operate in a very niche market.”

She pointed to her own career trajectory as proof that there is something about London “that gives you the sense that anything is possible”.

Having originally come to the city in 1985 as an au pair, Brunkhorst said she immediately fell in love with London and kept extending what was supposed to have been a temporary stay. Within just a few short years, she landed a job as international sales manager for the German publishing house Gruner + Jahr. After a successful 15 year run with the company, connecting London advertisers with the German market and vice versa, she decided to establish her own consultancy, factor-m, where Brunkhorst assists creatives with the development and implementation of marketing strategies.

She made the leap to go it alone in part because the process was so simple and she was even allowed to take out an interest-free loan to get the business off the ground.

“The bureaucracy around setting up your own business is very straightforward in London and there is a lot of encouragement and resources for those who want to give it a go,” she said.

‘London is so multicultural’ The ease of starting a business in London was also a major selling point for crème de la crème, a Paris-based startup dedicated to the freelance community that recently expanded to London.

The startup opened its London office in June 2018 as its first step in an international expansion. Odier said the city was an obvious choice.

“We decided to first aim for London and the UK because there is a more mature market than France for freelancing,” he said. “The French market is not completely ready to work with freelancers, but we’re getting there. In the UK, it’s pretty much the opposite, most companies are already working with freelancers.”

But of course crème de la crème didn’t come to London just for the altruistic reason of helping freelancers find work. Odier said the city’s status as the world’s top destination for foreign investment was also a major draw.

“For European startups, going to London is a good way to gain access to prestigious investors. It’s also a great way for startups coming from non-English countries to test an English-speaking market before potentially launching the US,” he said. “In the end, the UK is the first market non-European companies go to and it’s one of the favoured markets for other European companies looking to expand internationally.”

On the personal front, Odier said that the many trips he took to London during the roughly three years that crème de la crème planned its expansion gave him a glimpse of what it would be like to live in the city. Nearly a year after living in London full time, he said it has lived up to his expectations.

“I knew that London would a great place for me and I can’t say I’m disappointed!” he said.

Whether he remains in the city longterm like Brunkhorst remains to be seen, but both the Frenchman and the German agree that that London is a place like no other in Europe, and both said they feel perfectly at home in a city that hosts 270 different nationalities in 5.92 million jobs.

“London is so multicultural that you hardly ever find yourself in a room of homogenous people,” Brunkhorst said. “You never question it, it’s just completely normal.”

She said that London’s diverse labour force and “massive co-working culture” make it easy to carve out an individual career path while remaining connected with like-minded others.

“I have a desk in a shared office so I feel like I’m a part of something bigger even though I’ve been working as a sole trader for so many years,” Brunkhorst said. “Everyone is always exchanging ideas and information, and people just find little bubbles that they can be part of. You’re never alone in London.”

This article was produced by The Local Creative Studio and sponsored by London & Partners.