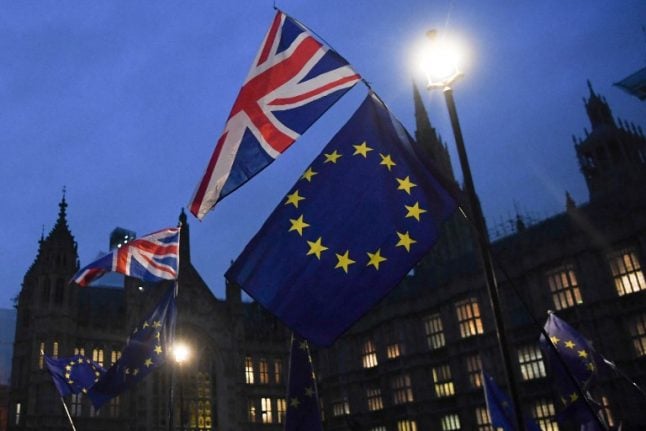 Is it actually possible to change the negotiating mandate? Photo: AFP

Campaigners were celebrating victory on Wednesday night when the so-called Costa Amendment, named after Conservative MP Alberto Costa, was adopted by the British parliament with the government's support.

The amendment, which had the support of both Leave and Remain-supporting MPs cost Costa his job in the government but was warmly welcomed by campaign groups such as British in Europe.

The amendment forces British Prime Minister Theresa May to seek a deal with the EU, at the earliest possible opportunity, to ring-fence the citizens' rights part of the Withdrawal Agreement before Brexit Day – currently March 29th.

Ring-fencing citizens' rights is something campaigners have long called for given the possibility of Britain crashing out of the EU without a deal and the impact that would have on the futures of British immigrants throughout the EU, whose existing rights would be lost immediately unless countries decide to act.

“The Prime Minister is now put in the position because of this amendment to support #citizensrights. No ifs, no buts. Let's get on with it and do it” says @AlbertoCostaMP after his amendment went through the House of Commons unopposed. pic.twitter.com/yWpOqOEsXO

But what does the result of the amendment mean in reality?

The Conservative government, despite supporting the bill, were doubtful that they could persuade the EU to ring-fence rights.

On Tuesday Theresa May suggested the EU “did not have the legal authority to do a separate deal on citizens' rights without a new mandate”.
However, the3million group, which campaigns for the rights of EU citizens in the UK, say their own legal experts suggest she is wrong.
Speaking on Wednesday, government minister David Lidington said the EU had previously made it clear that it would not allow just the citizens' rights part of the Withdrawal Agreement to stand on its own.
But he says the government will now take it up with Brussels and see if they can be persuaded to change position.
On Thursday the European Commission suggested they would not be prepared to negotiate ring-fencing, however campaigners believe that stance was inevitable and not overly significant.
So what happens now?

Kalba Meadows from British in Europe (BiE) and Remain in France Together (RIFT) explains: “The amendment requires Theresa May to formally approach the European Council – the EU27 leaders – to request that Part 2 of the Withdrawal Agreement (the part that covers citizens' rights) be implemented under Article 50 even if there is no deal on the entire agreement.”

BiE's Meadows says it's essential that be done before the Article 50 expires on March 29th – the date the UK is currently set to leave the EU, unless Brussels and London agree to push it back, as is expected.

Now that the @AlbertoCostaMP amendment has passed: is a ring fenced agreement on the rights of @the3million and @BritishInEurope feasible, and what would it look like?

My earlier blog post, with a proposed text: https://t.co/tYuvccXxnA pic.twitter.com/kbDzTRh50E

“What we're after here isn't any old agreement, but an agreement under Article 50 which becomes a legally binding international treaty.

“It's this that would give our future rights proper protection so that they wouldn't be at the vagaries of future governments in any of the EU28 countries.”

Countries across the EU have been passing laws or at least pledging to, to offer protection to British citizens in the event that Britain leaves the EU without a Withdrawal Agreement. But those laws often depend on reciprocity from the UK and in the case of France left Brits worried about being able to meet new rules on minimum income levels.

But the big question is, is it actually possible or is Theresa May right when she says the EU does not have the legal authority to change their negotiating mandate.

“British in Europe has been working hard on this with our friends the3million for a long time, and the legal minds among us are in no doubt that this is all legally possible … given the political will,” said Meadows.

British in Europe and The3Million have vowed to keep a close watch on proceedings and to pressure EU countries to back the move.

“This is the beginning of the process, not the end, and ring fencing is far from being a foregone conclusion,” said Meadows but noted that the passing of the Costa amendment was nevertheless “historic” in the nearly three-year fight for citizens' rights.

“Rarely has any amendment or clause on anything gained as much cross-party support as this one did, right from the Greens to the DUP to Labour, moderate Tory and ERG to boot. Citizens' rights are back on the agenda,” she said.