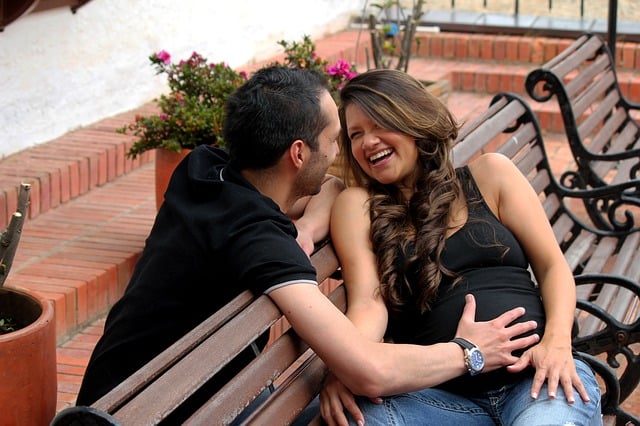 Embarrassed or pregnant? One of the most common Spanish-English false friends out there. Photo: Herney Gómez/Pixabay

Even though most people would say that Spanish and English sound nothing alike, there’s a huge number of Latin-based words in the English language, which in turn means that (at least on paper) they often resemble words in Spanish.

This is both a help and a hindrance, as language learners can often assume that just because the words sound similar, they have the same meaning.

Often that is indeed the case, but not always. This is perhaps the most well-known Spanish-English false friend, as well as being one of the funniest. English and Spanish learners sometimes mistake embarazo (pregnancy) or embarazada (pregnant) with embarrasment and embarrassing because they sound so similar. Incidently, mixing up the words could end up being a bit embarrassing in itself. Anybody who has taught English to Spanish kids will probably be familiar with this one. It’s not the Spanish equivalent of ‘the dog ate my homework’, kids just assume that folder in English is carpet, like carpeta in Spanish. Equally, asking your Spanish interior designer friend if a carpeta would look good under your living room coffee table might get you a few weird looks. Even though the Spanish are fairly straight-talking people, they don’t usually speak up about their blocked up bowels, unless they fall for this false friend. A constipado is a common cold in Spanish, so it makes sense they sometimes say constipated in English. To be constipado/a is also a way of saying that you are congested.

English natives should remember estreñido/a is the Spanish adjective to describe having trouble going to the toilet, otherwise they’ll get the wrong medication from their Spanish doctor. Even though they wear their hearts on their sleeves, Spaniards rarely tear up when they find something exciting. This false friend arises from the double meaning of emocionado in Spanish, which can be both excited and moved.

There’s another false friend both English and Spanish speakers should watch out for here as sensible is another way of referring to someone/something that’s sensitive or emotional. Sensible doesn’t mean responsible in Spanish as it does in English, the word for this is sensato. That’s got to hurt! Well, we think they mean to say contact lenses (lentillas) rather than lentils (lentejas). Oh dear, here’s one to be careful with. Molestar is to bother someone in Spanish and not to sexually harrass as molest is in English. Even if you’re a forensic scientist who finds cadavers particularly interesting, it’s not advisable to shout this out in public. Casualidad is coincidence in Spanish, although the word sounds a lot more like casualty in English. It’s always useful to have an escape route handy, but it still sounds pretty weird to wish someone all the exits they deserve. Éxito is the Spanish word for success, so English natives should remember that asking ¿dónde está el éxito? means ‘where is the success?’ when they should be saying la salida (exit). Where there’s smoke there’s fire, but usually you call the firemen and not the air force. A bombero is a firefighter in Spanish, a bomber is a bombardero.

Do you have any preservatives? There’s no denying you need chemistry in love, but we’re not too sure where preservatives fit in the whole equation. Spanish speakers sometimes assume preservativo (condom) is translated into English as preservative. Equally, an English native might mistakenly enquire at their local vegan store in Spain if the food they’ve just bought contains contraceptives. The correct term to use would be conservantes.

Are you ready to make a compromise? Photo: nejron/Depositphotos
It may seem natural to expect your Spanish girlfriend to meet you halfway on certain issues but don’t go asking her for a compromiso unless you are sure you are ready to take that next step. Compromiso can mean a marital engagement or an obligation/commitment in Spanish. The words for compromise in Spanish are acuerdo mutuo.