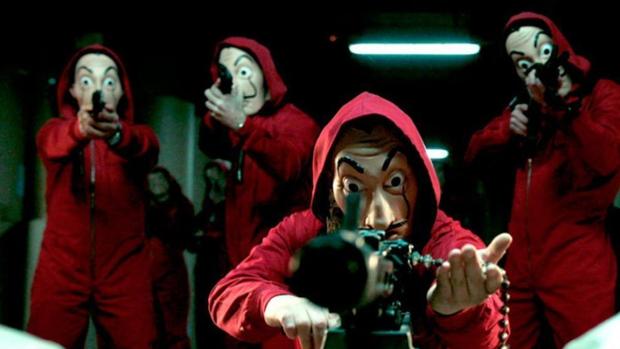 What’s good about this is that there is so much to watch that it’s almost impossible to get bored. And for those of you trying to improve your Spanish, watching a series in Castellano is not a bad way to hone your listening skills.

Netflix is the most popular online entertainment platform, allowing its subscribers to watch any series or movie from the catalogue just by having an Internet connection. Since its foundation in 1997, the company has kept on growing, reaching 130 countries in 2016, and invested more and more money in original content.

In 2016, the platform released its first original series produced in Spain: Las chicas del cable. Last July, they announced the creation of its first production hub in Madrid, in which new titles will be produced.

Here are The Local's six favourite Spanish series on Netflix that you simply shouldn’t miss:

The first original series produced by Netflix in Spain premiered in March 2016, with a second season released in December of the same year and a recent third season which came out in 2018. Created by Ramón Campos and Gema R. Neira, it is set in the 1920s and 1930s in Madrid. Lidia (Blanca Suárez), Ángeles (Maggie Civantos), Marga (Nadia de Santiago) and Carlota (Ana Fernández) start working at the national telephone company, located in the centre of Madrid. The series follows their lives and tells stories of love, friendship, secrets and betrayal, set during some important moments of Spanish history.

This historic drama reflects the society of that time while using some elements from the present, such as modern music. Easy to watch and very enjoyable, you’ll hate the cliffhangers but love the characters.

This comedy mockumentary series created by Javier Calvo and Javier Ambrossi was released on the digital platform Flooxer in 2016 and aired on the TV Channel Neox, but in October 2017 Netflix bought the rights and it became an exclusive series of the platform. There was a second season (produced by Netflix) in 2018 and a third one in 2019.

Paquita Salas (Brays Efe), head of PS Management, is a talent representative who was very successful in the 90s but is now struggling with technology and life in modern times. After her most famous actress leaves her agency, she suddenly realises she needs to get her life back on track. Perfect for those with little time to spare (5 episodes per season, around 20 minutes per episode), you’ll swerve between laughing out loud to deep emotion in a flash.

The first season of this drama/thriller series premiered in 2018, and only twelve days later Netflix announced that it will be followed in the future by another season of 8 episodes. There are now three seasons available on the platform.

Created by Carlos Montero and Darío Madrona, it is set in the most prestigious private school in Spain, Las Encinas. When their high school is destroyed by an earthquake, three students get a grant to study in this elite academy, and the tension created after their arrival ends in a murder. The series looks at issues like inequality between the upper and working class, revealing the contrast between those who have it all and those who have nothing to lose.

Produced by Atresmedia and Vancouver Media and created by Álex Pina, the series premiered in May 2017 on Antena 3. Netflix bought the rights and edited it for global distribution with the English title Money Heist. The fourth season has just been released in early April 2020. It is the most-viewed non-English language series ever on the platform.

In the thriller/crime drama, a man called “The Professor” (Álvaro Morte) recruits eight people with different abilities to carry out the biggest bank heist in history. They enter the Royal Mint of Spain to print €2.4 billion. dealing with police forces and hostages.

This historical fiction series was produced by TVE (the Spanish public TV network) and created by Pablo and Javier Olivares. The first two seasons premiered in February 2015 and February 2016, and aired on La 1, the main TVE channel. In September 2016 a third season was announced, and the public network reached an agreement with Netflix: thanks to the company’s participation in the production, this season would have a higher budget; in exchange, Netflix could add the first two seasons to its catalogue and have the exclusive online distribution of the third, after the episodes were aired on TV.

The Ministry of Time is an secret institution dependant on the Spanish Government. Only presidents, monarchs and a few more people know about its existence. Time travel is controlled by patrols, with the aim of avoiding intruders from the past to change the present to their benefit. It’s been said to be one of the best Spanish series, and it features different important characters and key moments in Spanish history.

Co-produced by Atresmedia, Televisió de Catalunya and Netflix and directed by Jordi Frades, this series is based on the novel with the same name written by Ildefonso Falcones. It premiered in May 2018 and has only one season of 8 episodes.

The series is set in Barcelona in the 14th century, when the city is at its peak and the construction of the Santa María del Mar church begins. Arnau Estanyol (Aitor Luna) arrives to the city as a slave and climbs the social hierarchy to a comfortable life, provoking the envy of his enemies who report him to the Inquisition. Through the story of this character, the series shows the social problems in medieval Barcelona under tight control of the Catholic Church.