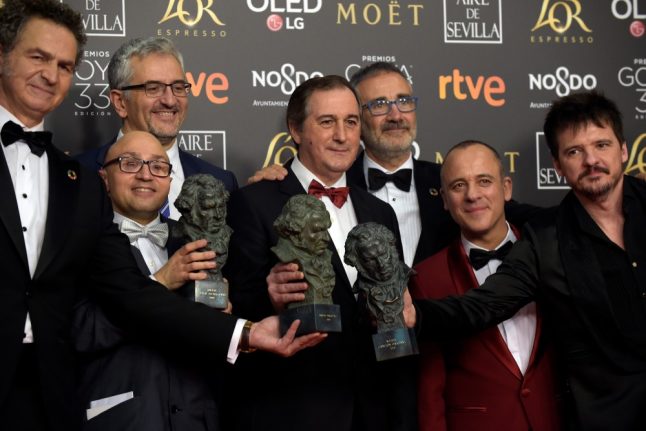 Director Javier Fesser (3R) poses with part of the team of 'Campeones' (Champions) after being awarded three Goyas. Photo: AFP

Set in Mexico City in the 1970s, it has 10 nominations for the 91st Academy Awards to be held in Hollywood on February 24.