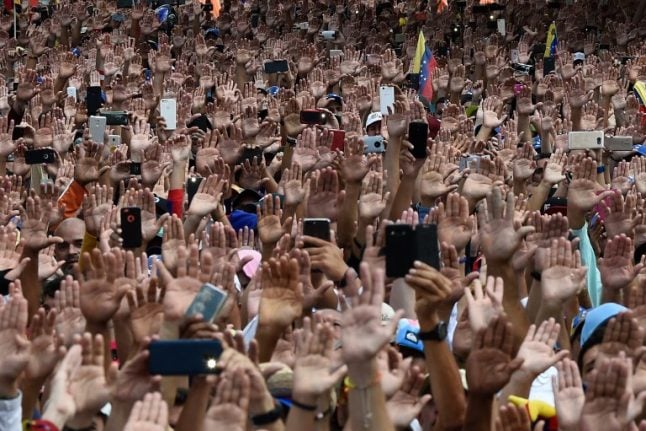 In that case, “we would consider adopting other measures including recognising (Guaido) as interim president,” Josep Borrell told reporters in Madrid just as an EU foreign affairs meeting was taking place “at Spain's request.”

His comments come after Guaido, Venezuela's national assembly head, proclaimed himself acting president of the economically strapped country on Wednesday in a bid to oust current leader Nicolas Maduro.

Borrell called on Maduro to call “free and fair” elections rapidly, failing which he said the EU should recognise Guaido to enable the national assembly to organise the polls.

The United States, Brazil and other countries have already endorsed Guaido's declaration in repudiation of Maduro.

Spain is closely linked to Venezuela, a former colony, as some 200,000 of its nationals live there.