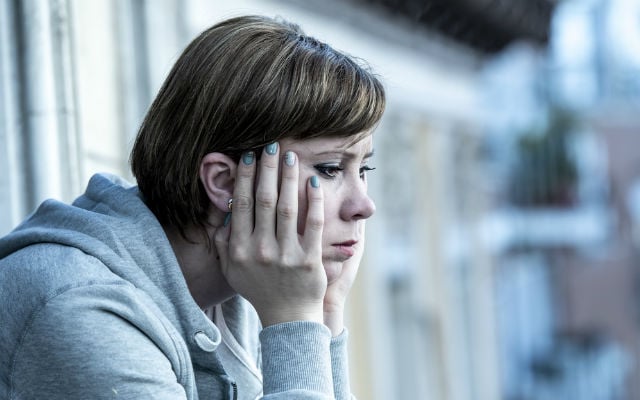 They are forums for exchanging views, dissecting Brexit and sharing useful information for expat citizens.

But they are also key counseling hubs in the absence of more formal structures to tackle the impact Brexit is having on the mental health of EU nationals in the UK and UK nationals in the EU.

With just over sixty days to go to Brexit, many Facebook groups that bring together expat nationals – Remain in France Together, Brexpats Hear Our Voice, Bremain in Spain or In Limbo – are filled with anxiety and uncertainty.

“Around the Christmas holidays a lot of people were posting about panic attacks, depression and anxiety,” Elena Remigi told The Local.

Remigi manages the online group In Limbo: Our Brexit Testimonies, which she founded in March 2017 as a “safe place” for EU citizens facing the UK's post-Brexit “hostile environment.” She has also published a book featuring those accounts.

“People are really afraid of being the next Windrush generation,” says Remigi. “Brexit is affecting their mental health,” she adds, emphasizing that the most vulnerable among the EU nationals in the UK often suffer the most: the disabled, those on benefits, or the hard to reach.

Remigi's In Limbo book documents 150 testimonies of EU nationals living in the UK.

The sequel, In Limbo Too, – written in partnership with Debra Williams from citizens' rights group Brexpats Hear Our Voice – turned its focus to British nationals in Europe, with an equal number of testimonies.

Both books focused on vulnerable demographics: the elderly, the disabled, those with limited documents or for whom Brexit is off the radar and therefore harder to adapt to.

Remigi says it has happened on several occasions that participants in the 'In Limbo' Facebook group have made suicidal posts, citing Brexit as a cause.

In such cases Remigi and her colleagues advise the concerned to call the Samaritans suicide prevention hotline, to seek help from their doctor or to reach out to conventional counseling services.

“When we see people distressed we have a duty to refer them to counseling,” Remigi told The Local.

Brexit is going to change the lives of many of the UK's approximately 3.6 million EU citizens, as well as the lives of the 1.2 million or so British citizens living in the EU.

Besides concerns about how their future work and residency status could change, each of the so-called '5 million' (the estimated sum of British nationals in the EU and EU nationals in the UK) has their own Brexit fears.

These include the issues of pensions, the rights of their children, access to medicine and healthcare, the right to work and access education, meeting new income assessment criteria for residency, proving retrospective documentation and much more.

The Emotional Support Service for Europeans (ESSE) at London's Existential Academy treats EU nationals for depression and problems linked to Brexit. Volunteer therapists at ESSE, a project started in 2017, have treated more than 60 EU nationals in the UK since it opened.

In many cases, a patient is an EU citizen with a British spouse. “The EU spouse may feel that they suddenly don't belong and feel tensions if there are children involved,” Jo Molle, a volunteer therapist at ESSE, told The Local.

Molle says she has also “worked with people who have experienced a lot of discrimination.” The British therapist of Italian origin cites a case of an EU national who felt she had to leave her rural home for a British city because she no longer felt welcome in the village after the Brexit vote.

The ESSE project at the Existential Academy is really a drop in the ocean in tackling Brexit-related mental health issues – there are only so many patients the centre can work with.

“The waiting list is very long,” Molle told The Local, adding that with increasing demand for therapy from EU nationals outside London, sessions are often conducted over the phone.

Molle says online groups are also a key therapy tool in the Brexit landscape, especially for people who are cut off from traditional therapy forums.

“People who are isolated and have no way of getting the support they need find them really useful,” says Molle.

Brexpats Hear Our Voice is one such group for Brits in the EU.

“Our group, like many other similar ones, is a closed group. Therefore, members consider it a safe space where they can share their worries and give each support,” Clarissa Killwick, an admin moderator with advocacy, research and support group Brexpats Hear Our Voice, told The Local.

“Outside that comfortable space I have seen disbelief, and worse, that Brexit can actually affect someone's mental health. The fact that it seems impossible for those not directly affected to understand, means that groups are a real lifeline to those feeling very isolated,” adds Killwick, a British teacher based in northern Italy.

Many group members confirmed to The Local that the support they find has helped them navigate a difficult stage in their lives.

“The like-minded group has helped me enormously, beyond mere words. It has enabled me to process the stages of grief that I feel as a marginalized Brit in Europe, to know that whatever emotion I am feeling or experiencing, that I am not alone,” Fiona Scott-Wilson, a Brit based in Italy and a member of the Brexpats Hear Our Voice group, told The Local.

“I feel less alone being part of this group, knowing we are all going through tough times of uncertainty,” adds Kerrana McAvoy Clément, a Brit based in Brussels.

The Facebook groups exist as campaigning tools for British in Europe, but they also serve as digital safe havens for Brits uncertain about their futures and the ground beneath them.

“The whole Brexit process has been incredibly abusive and traumatic,” Denise Abel, formerly a psychotherapist for 30 years in the east of London, told The Local from her home in central Italy.

Referring to the time that has passed since the Brexit referendum result, she added: “Keeping people in limbo for over 900 days is abuse”.

READ ALSO: How Brexit is fuelling stress and anxiety for vulnerable Brits in Europe