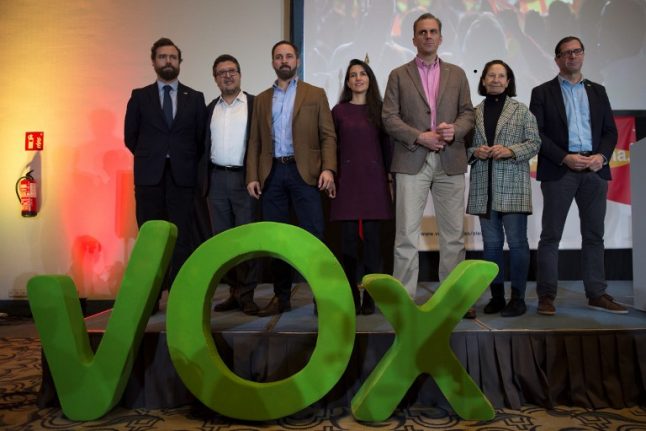 Conservative Popular Party (PP) and centre-right Ciudadanos, which together have 47 seats in the 109-seat regional Andalusia assembly after a December 2 vote, needed Vox to form a coalition government and oust the Socialists from power in the region after 36 years.

“We have reached an agreement with the PP,” Vox secretary general Javier Ortega Smith told reporters in Seville. “We are very pleased…. Today oppressive laws, illegal immigration, corruption have lost.”

The vote in the regional parliament on the formation of a new government could take place on January 16th.

Vox's performance last month in Andalusia, Spain's most populous region, was the first time a far-right party has won representation in a Spanish regional parliament since the country returned to democracy following the death of longtime dictator Francisco Franco in 1975.

The party, formed in late 2013 and led by former PP member Santiago Abascal, was energised by its tough opposition to Socialist Prime Minister Pedro Sanchez's handling of Catalonia's separatist push and a surge in the arrival of migrants.

It wants to end regional governments in order to save money, defend national unity and ban separatist parties. Vox also calls for the national health service to cease paying for abortions.

“Today begins the change in Andalusia,” the head of the PP in Andalusia, Juan Manuel Moreno, told a separate news conference.

Under a deal between the PP and Ciudadanos, Moreno would become the new leader of the regional government of Andalusia.

Sources in the Sanchez government lamented the “radicalisation” of PP and Cuidadanos for brokering a deal with the far right.

“This government will remain vigilant and will not yield to the conquest of rights and freedoms,” one source said.

Irene Montero, a leading member of the far-left Podemos party, criticised the “pact of reactionary triplets.”

Vox had said it would refuse to back a PP-Ciudadanos coalition government unless the two parties pulled their support for a domestic violence law which it argues favours false complaints by women, but in the end it dropped this condition.

Vox leader Santiago Abascal said the 400,000 people who voted for his party in Andalusia will now have a head of the regional government who has “agreed to put in place an important part of Vox's programme”.

“Our 12 lawmakers will continue to defend Vox's programme until the last comma,” he added in a tweet.

Vox's agreement with the PP and Ciudadanos comes ahead of a busy electoral year in Spain, with municipal, regional and European elections in May and perhaps even an early general election.

Vox would capture 12.9 percent of the vote if a national election were held now, entering the national parliament with 43-45 seats, according to a poll published last week in centre-right daily El Mundo.

If the PP, Ciudadanos and Vox joined forces they would have an absolute majority in the 350-seat parliament of up to 189 seats, according to the poll.

ANALYSIS: After the elections in Andalusia, expect a lot more Vox in Spanish politics 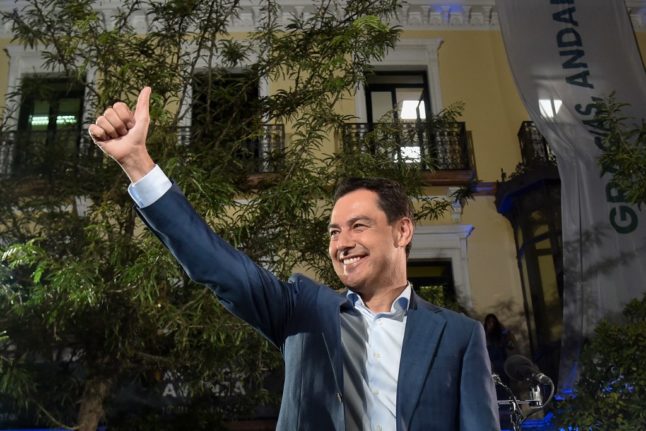