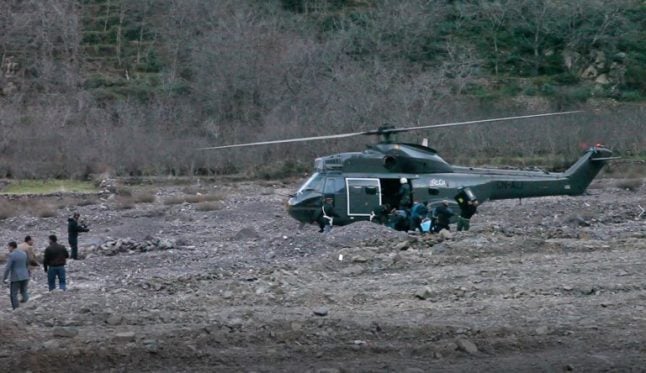 The scene of the crime where two Scandinavian tourists were killed in Morocco in December. Photo: KECH24 MOROCCAN NEWS CHANNEL / AFP

The 25-year-old who grew up in Geneva believed “he had demons in his head who were telling them what to do” and that “thanks to the Koran he had managed finally learned to control them”, Spain’s El Mundo newspaper reported a Geneva-based friend of the suspect as saying.

The man began receiving Swiss disability benefits for these psychiatric problems when he turned 18 and continued to receive those benefits after he moved to Morocco in 2015, the man’s friend added in a report that has not been officially confirmed.

The Swiss-Spanish man was arrested on December 28th for alleged links to the murders of Danish student Louisa Vesterager Jespersen, 24, and 28-year-old Norwegian Maren Ueland who were found dead in the High Atlas, south of Marrakesh on December 17th. Flowers, candles and photographs of the two victims are placed at a memorial at Copenhagen's City Hall Square (Rådhuspladsen) on December 28th. Photo: Thomas Sjørup/Ritzau Scanpix

He is not suspected of personally having taken part in the murders, which are believed to have been carried out by four men belonging to a cell inspired by Islamic State (Isis) group ideology, according to Moroccan counter-terrorism authorities.

However, the Swiss-Spanish dual national is “suspected of teaching some of those arrested in this case about communication tools involving new technology and of training them in marksmanship,” according to Moroccan authorities.

He also subscribes to “extremist ideology” and has been involved in the “recruitment of Moroccans and sub-Saharans to carry out terrorist plans in Morocco”, Morocco's central office for judicial investigations has stated.

Mother says suspect was in Geneva at time of murders

Spain’s El Mundo newspaper also spoke to the mother of the Swiss-Spanish dual national who said everything being said about her son was “lies”.

The woman, who lives in Madrid, said that her son had been in Geneva with family when the murders occurred on December 17th.

She admitted her son had had a tough adolescence after losing his father at the age of 15, and that he had “smoked a lot of joints, burned cars and had committed a number of robberies.”

She also said that after living in a youth centre and being introduced to the Koran, her son had “started going to the mosque a lot” but that she had “not noticed anything unusual”.

She said her son had never had Muslim friends and suspicions that he planned to rob a jewellery store in Switzerland and give the proceeds to so-called Islamic State (Isis) didn’t add up.

Investigators had not found any evidence, she said.

He left Switzerland in 2015 after suspicions he had become radicalized, the Federal Office of Police (Fedpol) confirmed to Swiss news agency SDA.

Swiss media on Tuesday reported that the man had started attending the Saudi-funded Geneva Mosque in Le Petit-Saconnex after he converted to Islam.

The mosque was placed under new management by the Saudi Arabia-based Muslim World League in early 2018 after a series of allegations that some members of staff had links to terrorism.

Fedpol has refused to comment on the report in the El Mundo newspaper, saying only it remains in close contact with Spanish, Moroccan, Danish and Norwegian authorities. 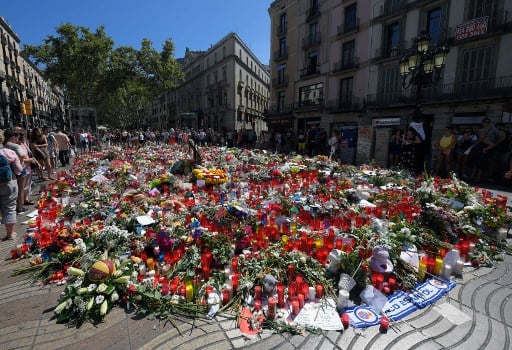 Tributes are laid on Las Ramblas in Barcelona, where one of the attacks took place. Photo: Lluis Gene/AFP
Speaking to AFP, Fedpol spokeswoman Cathy Maret said: “We are aware of a night in a hotel in the Zurich region in December 2016.
“We don’t know the reasons for this visit to Switzerland. It is too early to give an in-depth analysis about the nature of any potential direct links with Switzerland.”
Police did not name the person involved, nor the Zurich hotel they visited.
However, according to Spanish media, two of the attackers visited Zurich at the time: one who was killed by Spanish police after the attack at Cambrils; and another who was fatally injured in an explosion at a house in Alcanar south of Barcelona on August 16th, the day before the attack on the famous boulevard Las Ramblas in the Catalan city. Police believe the cell was using the house to prepare explosives to use in a much bigger attack than the one that killed 15 in Barcelona and Cambrils.
READ ALSO: Jihadist terrorists have long had Spain in their sights – here's why
Since the deadly attacks last Thursday questions have arisen over the 12-man terror cell’s possible international connections.
Abdelbaki Es Satty, an imam believed to have radicalized some of the cell’s members, and who was killed in the Alcanar blast, is thought to have spent several months in Brussels in 2016.
And the car used to mow down people in Cambrils was detected by a speed camera in the Paris region days before the Spanish attacks.
The Swiss government is currently considering how to tighten its anti-terror laws.
The proposed legislation, in consultation until October, would help to combat the recruitment and training of terrorists, increase jail sentences for offenders and make it easier for investigators to share intelligence with other countries.
READ ALSO: The changing face of jihadism in Switzerland