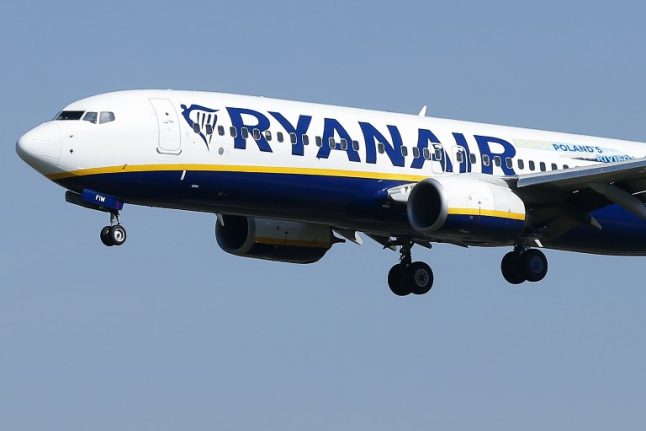 Last month the USO and Sitcpla unions called the three 24-hour strikes because the budget Irish-based carrier had failed to reach agreement with them during mediation on improving work and pay conditions.

But late Monday the two unions called off the industrial action planned for Tuesday after holding talks in Madrid with representatives of Ryanair, which has faced a wave of strikes in several European countries in recent months.

“Basically it is to give more opportunity for the negotiations to keep going,” a Ryanair purser who represents Sitcpla, Manuel Lodeiro, told AFP.

The unions are demanding local contracts under local law rather than the Irish contracts Ryanair uses widely.

Europe's biggest low-cost airline only began recognising unions for the first time in its 30-year history in December 2017, to avert mass strikes during the busy Christmas period.

The budget carrier has so far managed to clinch labour agreements with staff in several countries including Britain, Germany, Portugal and Italy.