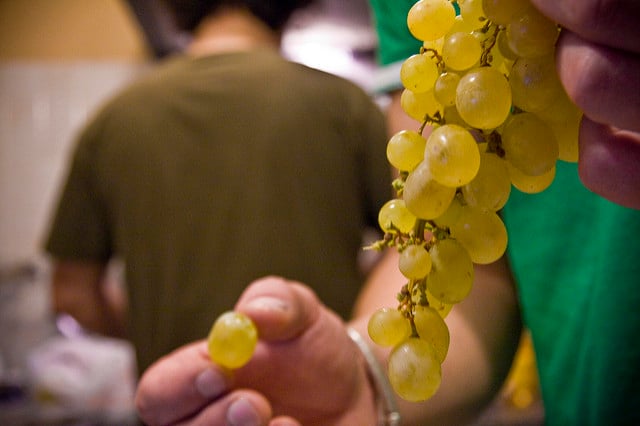 A young boy from the northern Spanish city of Gijón lost his life in the early minutes of 2019 after suffocating on one of the grapes he was given by his parents to ring in the New Year.

Local police rushed the three year old to the city’s Jove hospital after they received an emergency call from the minor’s parents informing them that he wasn’t breathing and had no pulse.

Upon arrival at the ER, doctors were unable to resuscitate the three year old, Catalan daily El Periódico reported.

Choking on grapes is the third cause of lethal suffocation in young children in Spain, preceded by sweets and hot dogs.

Kids under the age of five are particularly at risk due to their smaller airways and teeth as well as an undeveloped swallowing reflex and their capacity for distraction while eating.

Grapes are often larger than children’s airways and unlike other small and harder objects or foods such as nuts, their smooth surface allows them to completely block the respiratory tract and make extraction very difficult without the right tools.

Ear, nose and throat (ENT) associations have for years warned that the Spanish tradition of wolfing down a grape for every one of the twelve chimes that rings in the New Year is not without its risks.

They’ve told the public to buy seedless, skinless grapes and are even pushing for the time between dongs to be extended from three to five seconds to allow revellers to catch their breath more easily and swallow properly.

People over the age of 65 are also considered to be a high-risk group for suffocation during this tradition. 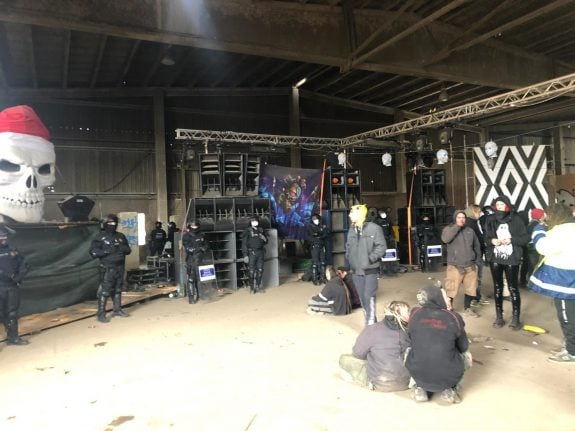 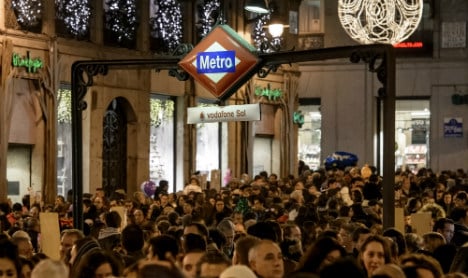 Brief scuffles broke out after police arrived. Photo: Mossos d'Esquadra
The party began on New Year's Eve in the village of Llinas del Valles some 30 kilometres (19 miles) northeast of Barcelona, with revellers gathering without any regard for safety restrictions aimed at stopping the spread of the virus.
In a posting on Twitter, the Catalan regional police said they had confiscated the sound system and all the other equipment used at the party and would press charges against all who were involved.
“We will prosecute the organisers and all the partygoers,” police said, indicating the penalty for attending such an event started at 3,000 euros ($3,650).
“The three organisers of the illegal party in Llinars have been arrested. They will go to court in the next few hours,” police said, indicating they could face a penalty of up to 600,000 euros.
At the scene, a police helicopter flew overhead as hundreds of police entered the warehouse as a large crowd of onlookers gathered nearby, Spain's RNE public radio reported.

Footage obtained by AFP from inside the warehouse shortly before the raid showed a large group of people dancing in front of a huge skull wearing a Santa hat, all of them in close proximity with no masks, and often smoking.

When the police arrived, most of them in riot gear, brief scuffles broke out on the dance floor where a young topless woman could be seen trying to calm the situation.
At least nine police vans could be seen parked inside the building.
It was not immediately clear how many people had been arrested, nor were the police immediately available to comment on media reports that many of the revellers had come from abroad.
Asked why the operation only began around midday on Saturday, police officials told local media it was a complex operation and they didn't move in until they were able to ensure the safety of officers and partygoers.
SHOW COMMENTS 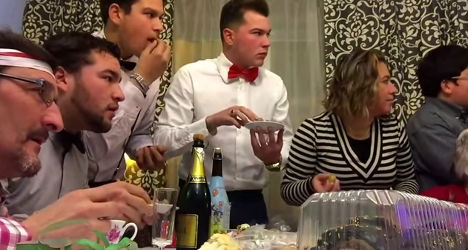 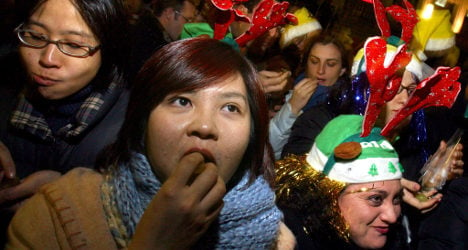