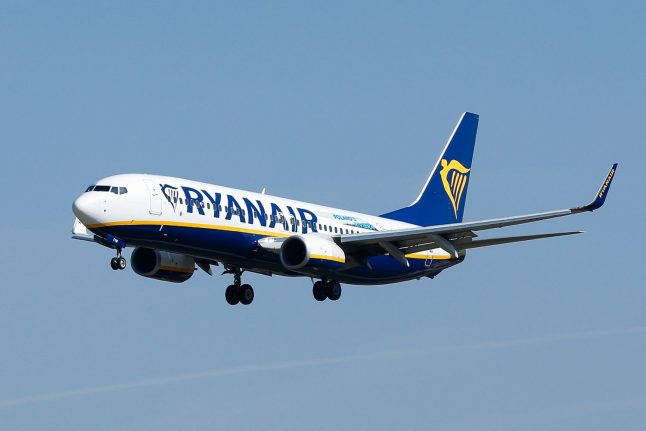 It was just the latest setback for the airline, which has faced a wave of strikes in several European countries in recent months.

The two unions representing the staff, USO and Sitcpla, called for 24-hour strikes on January 8, 10 and 13 because Ryanair had failed to reach an agreement with them during mediation.

The unions are demanding local contracts under local law rather than the Irish contracts Ryanair uses widely.

It was “disgusting” that Ryanair “continues to refuse to accept national law with all its consequences”, USO representative Jairo Gonzalo said in a statement.

Europe's biggest low-cost airline only began recognising unions for the first time in its 30-year history in December last year, to avert mass strikes during the busy Christmas period.

The budget carrier has so far managed to clinch labour agreements with staff in several countries including Britain, Germany, Portugal and Italy.