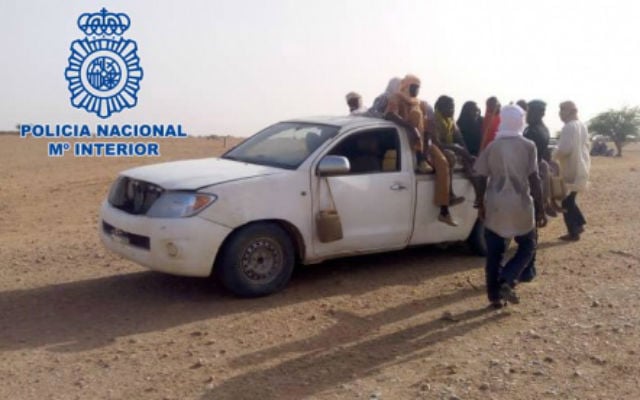 The man had smuggled “thousands” of African migrants from Niger to Libya, Morocco and Algeria using convoys of pickup trucks.

The people smuggler, “one of the most important in recent years,” according to a police statement (ES), moved hundreds of people each day out of the Niger city of Agadez.

In high season, the apprehended suspect controlled 30 departures per day from Agadez across the desert. No pickup trucks would reportedly leave the town without his consent.

Two people were arrested in the Franco-Spanish-Niger investigation, part of a trilateral defense cooperation project since 2017.

The investigators reportedly began to focus in on the man as they tracked the caravans of pickup trucks that left Agadez to cross the desert each day.

From a review of seized receipt books, documents and bank transfers police were able to ascertain that the man's network charged migrants €120 per ride – earning a minimum of €250,000 per year.

READ MORE: Rescue vessel with 300 migrants on board reaches Spain