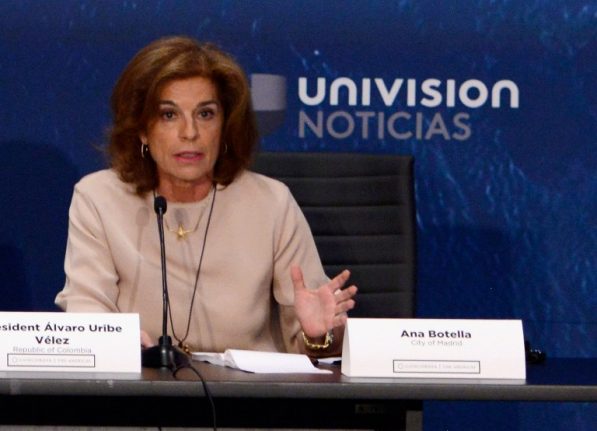 The important fiscal court found that former mayor Botella, of the centre-right People's Party (PP), had sold more than 5,000 public properties in 2013 to Blackstone-owned subsidiaries at a price below acceptable market rates.

According to court documents seen by Spanish daily El Pais, Botella's administration offered the public assets to two companies owned by the Blackstone group without a public tender, unchallenged and charging no initial tax – at favourite rates and conditions.

The Court of Auditors ordered Botella and seven other members of her former municipal administration to pay €25.7 million for “damages done to the public treasury” – approximately €2.8 million each.

The court found that the €128.5 million paid by two companies owned Blackstone was not only substantially below market value but that it devalued other public property in the process.

Botella's defence team argued that the city was highly in debt at the time and that it needed the money. Botella's legal team said the former mayor would appeal the court's sentence.