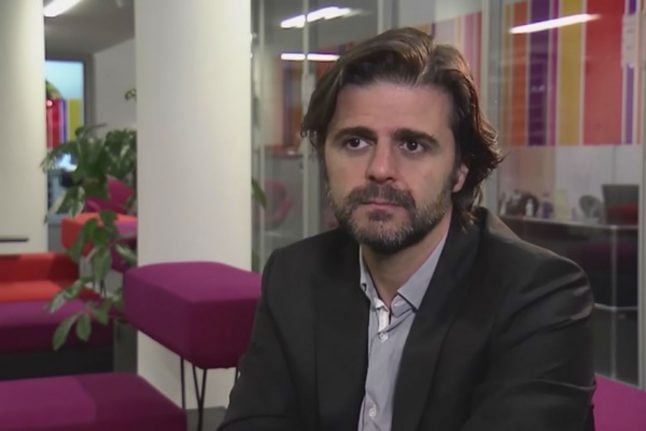 “I’m just a feature writer. I’m not super smart, not perfect…I’m no Mother Teresa. I’m not, ask my wife,” he told The Local Germany.

For a man who just broke Germany’s biggest media scandal in decades and in doing so became a new star in the firmament of the country’s media elite, Juan Moreno, 46, is exceedingly modest.

He works for Der Spiegel, a prestigious news magazine whose motto is “Say it like it is” and which for the past seven decades has prided itself on delivering high-quality journalism.

But this week the Hamburg-based weekly had to admit that one of its top writers, Claas Relotius, 33, had for several years been delivering more fiction than fact in his feature articles from around the world.

The revelation came after Moreno spent weeks meticulously working to uncover what the now-humbled magazine has called fake news “on a grand scale”.

“At first they (Spiegel editors) just didn’t believe it… they resented it,” he said. They thought Moreno might be jealous of his younger colleague for being so successful.

Relotius, the winner of numerous awards such as CNN’s Journalist of the Year and Germany’s equivalent of the Pulitzer Prize, resigned this week before his fictional fantasies were exposed to the world.

He had embellished the truth or simply made things up in his lengthy, beautifully crafted stories on subjects such as a Bible-carrying woman who travels around the United States to watch executions, about the American football star Colin Kaepernick, or about a Syrian teenager who thought he might have inadvertently helped start his country’s civil war.

But it was when he was dispatched to write about the so-called “migrant caravan” of refugees, vilified by President Donald Trump, heading up through central America to the US, that Relotius finally came unstuck.

He was sent to cover a vigilante group on the US side of the border that was bent on keeping migrants out, while Moreno went to report on the migrants on the Mexican side.

Moreno said he had a “gut feeling” – a bad one – about Relotius after reading an article by him years earlier that seemed suspect, and “didn’t want to work with this guy” on this latest assignment.

But Relotius was forced upon him.

Moreno said that it was when he saw the part of their joint article written by his colleague that he grew suspicious about the too-good-to-be-true content, and alerted his bosses

They refused to believe him.

It was only after he travelled to the US to track down protagonists in his colleague’s story that he knew he was right. They said they had never met anyone from Der Spiegel.

Apart from being put in the awkward position of having to denounce a colleague, Moreno said he also had to protect his own reputation as his name was on the article about the migrant caravan alongside that of Mr Relotius.

“Imagine in six months, one year, this thing comes out and they find out and they say, ‘Why didn’t you do something?’, and they would think I kept quiet to keep my job,” he said.

He presented his findings, which included evidence that Relotius had faked several emails to make them look like they came from people who featured in his stories, and the magazine’s editors were forced to finally accept the bitter truth.

On Wednesday Der Spiegel, which sells three quarters of a million copies a week and has an estimated 6.5 million online readers, issued a statement revealing its shame.

The magazine, which the Columbia Journalism Review gushingly described as having the “world’s largest fact-checking operation”, has since then engaged in public self-flagellation and has promised to investigate how the scandal came about and to endeavour to never allow such fabrication happen again.

‘I’m not a politician, I’m a feature writer’

And Moreno has been thrust into the spotlight as a new leading light of German journalism and the scourge of fake news.

It is a role he did not seek out, and which he says he does not even deserve.

Now he has been getting calls from news outlets all over the world, he said, with people expecting him to provide expert comment on fake news or on how the German Far-Right have seized on the Spiegel case as proof that the mainstream media are indeed the “lying press”.

“I think that a politician might be good at using a situation like this… but I’m not a politician, I’m a feature writer.

“I honestly don’t think that I’m a hero,” he said in a phone interview. “I never wanted this. I’m not enjoying it right now, not even close.”

But despite the intense pressure of recent weeks, Moreno does not appear to have lost his sense of humour.

He recounts that he got a phone call from an excited publisher a mere 30 minutes after Der Spiegel made its bombshell announcement on Wednesday.

The publisher wanted to talk to him about options for a book, a documentary, or a movie about the scandal.