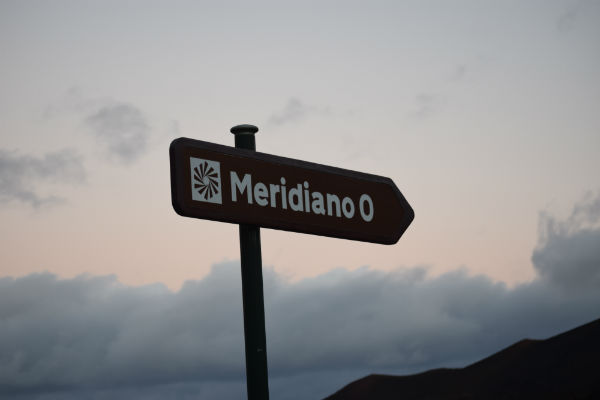 All photos by Matthew Hirtes

With three sons aged eight to 18 playing in Gran Canaria football clubs, my weekends are inevitably taken up with watching their games. I’ve become a soccer dad. However, I took advantage of a relatively football-free finde to do something altogether more adventurous. As in an expedition to the End of the World.

Before Christopher Columbus sailed the ocean blue in 1492, there was no Flat Earth Society because everybody really did believe that the world was rectangular rather than spherical. And the most westerly of the Canary Islands, El Hierro, was considered the outer limits of the occidental half of Planet Earth.

The last time I set foot on El Hierro was for a pre-season tour/bonding session with my football team. It was a beers-for-breakfast type of break with the only exertions other than lifting our drinking arms to mouth coming on the pitch. Well, there was the time I got stranded at one of the island’s three nightclubs because I’d found my dancing shoes whilst my teammates wanted to call it a night and set off back to our rural accommodation in our fleet of hire cars without me. On the flight over to El Hierro, I experience flashbacks to my previous visit as I’m flying on a Binter plane which has been taken over by a local lucha canaria (Canarian wrestling) team. They’re full of high spirits and persuade the stewardesses for an introduction to the captain. But we part company on arrival to the tiny airport located on Camino Cangrejo (Crab Walk), after passing the advertisements for Adrian Gutiérrez e Hijas’ quesadillas (traditional cheesecakes unique to the island) and a local supermarket which also doesn’t exist anywhere else, as I warm up for a mega hike with a relatively short four-and-a-half-hour schlep into “capital” Valverde whilst the wrestlers head for their rented autos. Although I’m hiking alongside the island’s two main roads, the most cars I see together are three: rush hour, El Hierro style. On reaching my basic but clean hotel, I drop off my rucksack before sourcing somewhere to eat. I’ve got an early start planned and my tank needs fuel. Pairing local papas arrugadas con mojo (the saltiest, smallest boiled potatoes known to man with the spiciest Canarians get on the sauce front) with a glass of red wine from the Spanish mainland in a central restaurant, I return to the hotel for a rest before my epic trek. 42km of the GR-131 is what lies between me and my Punta de Orchilla goal aka Meridiano Cero. Before the Meridian was moved to Greenwich, it was located in El Hierro and natives still grumble at the Stone-of-Sconeesque steal. The first two hours of my marathon (as in 26-mile) walk is again taken alongside the hard shoulder but as I’m hiking pre-sunrise, there’s even less traffic. But it’s the Camino de la Virgen I want to feel under my feet. This is the major 27km-long section of the GR-131 as it’s the route pilgrims take. Although the spiritual vibe I feel as I switch from the asphalt world to forest trail feels more pagan than Catholic as I half-expect to encounter a druid community the thicker the trees get. The twilight plays trick with my vision. A stream of water resembles a snake which makes me increase my pace. Until I really do find myself next to a white mare majestically lit up by the moonlight and slow down so as not to frighten the horse. I’ve timed my arrival to coincide with dawn and the Faro de Orchilla lighthouse doesn’t disappoint, a beacon of ivory set alongside a bleak, jet-black coastline. The nearby Punta monument feels a let down by comparison. However, it’s more about what it represents and looking out to the Atlantic with nothing else in sight feels like reaching an infinitive version of Land’s End. My respite is brief. I may have made it to the End of the World. But my marathon effort needs to be reproduced if I want to make it back to civilization as in getting to my return Binter flight on time.

Matthew Hirtes was invited by El Hierro Tourist Board to visit the island for the purposes of writing this article. If you prefer a less DIY break, Much Better Adventures offer their whole new take on the dirty weekend in El Hierro. The choice is yours.