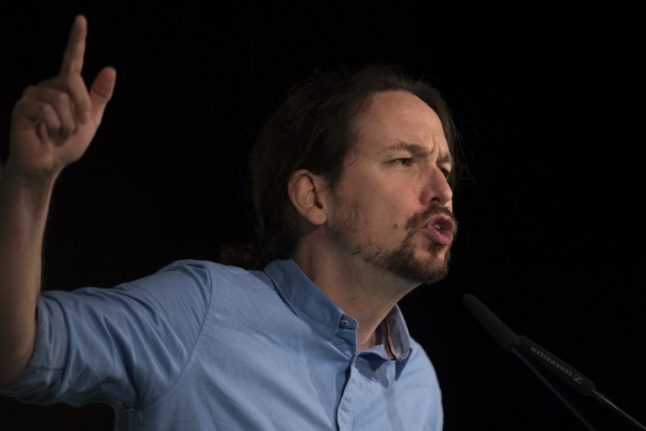 Pablo Iglesias on the campaign trial ahead of Andalusian elections. Photo: AFP

“I don't agree with some of the things I said in the past and I believe the political and economic situation in Venezuela is disastrous. To rectify in politics is a good thing,” Pablo Iglesias told a Senate committee investigating party financing.

Iglesias, a former advisor to the late Venezuelan president Hugo Chavez, added he would be “happy to debate… things which I have said in the past and about which I was wrong.”

The Podemos leader has up until now avoided criticising the dire situation in Venezuela where hyperinflation, shortages and political turmoil have caused an estimated 2.3 million people to flee the country since 2015, triggering a regional emergency.

During an interview with Venezuelan television in 2013 shortly after the Chavez's death, Iglesias said Venezuela was “one of the most consolidated democracies in the world”.

While the government of Chavez's successor, Nicolas Maduro, has become more diplomatically isolated and is regularly criticised by Spain, Iglesias has up until now limited himself to calling for dialogue between the Venezuelan government and the opposition.

Spain's conservative parties and press regularly attack Iglesias for his proximity to the Venezuelan government and have even accused Podemos of being financed by Venezuela, which the party fiercely denies.

Spanish courts have shelved several complaints brought against the party for allegedly receiving financing from Venezuela.

Analysis: After the elections in Andalusia, expect a lot more Vox in Spanish politics