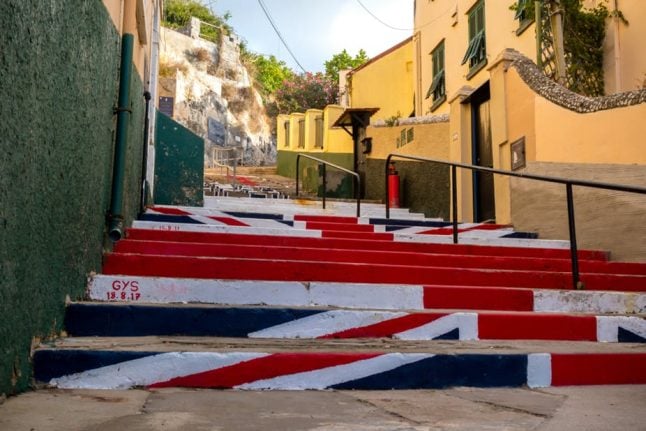 Gibraltar has its own kind of Britishness. Ben Gingell/Shutterstock

By Andrew Canessa, University of Essex

On November 24 the Spanish prime minister, Pedro Sánchez, touted a last-minute concession from EU leaders and British prime minister Theresa May over the future of Gibraltar ahead of final agreement on the Brexit deal. The most obvious – although contested – interpretation of what happened is that the EU recognised Spain’s interest in Gibraltar and that no future deal between the UK and the EU will cover Gibraltar without Spain’s prior consent.

Yet, despite claims that May “caved in” to Spain over Gibraltar, Fabian Picardo, Gibraltar’s chief minister, responded with passion and conviction in a televised address in Gibraltar the same evening. He stated that: “The United Kingdom has not let us down,” adding that Gibraltar enjoys “an entirely British future that will suffer no dilution”.

Underpinning Picardo´s address are three longstanding elements of UK-Gibraltar relations. First, that in times of crisis Gibraltar sticks ever closer to the UK. Second, that unwavering loyalty to the UK will be returned. And third, that the UK has the political and economic power to protect Gibraltar. As historian Stephen Constantine has shown, pledging loyalty to the crown in order to finesse an economic or political advantage has been a strategy of Gibraltar’s since at least the 19th century. Brexit now puts all of these three assumptions in doubt.

Less Spanish than ever

As a group of researchers demonstrate in a forthcoming book I’ve edited, there is clearly a deep attachment to Britain and British culture in Gibraltar, even as there is a growing sense of a specifically Gibraltarian British identity. There is no question these feelings are sincerely held but our research shows there there is also a pragmatism to this loyalty. 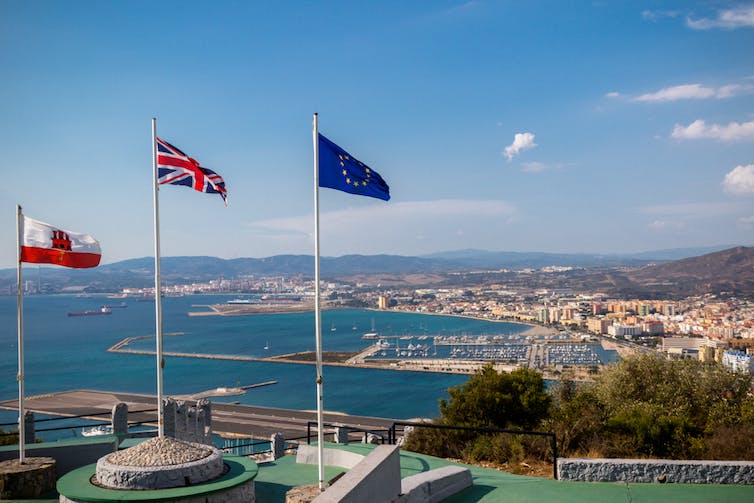 Gibraltar: a small territory, at the centre of Brexit negotations. Ben Gingell/Shutterstock

Today, Gibraltar is certainly more anglophone than it ever has been in its history – as my colleague Dr Edward Picardo argues in our book. Although Gibraltarians’ outlooks are not necessarily unambiguously British, they are certainly less Spanish than ever. The implacable resolve of many Gibraltarians against Spanish sovereignty is illustrated by the words of a young Gibraltarian woman I spoke to shortly before watching Picardo’s speech:

We may be a small country and connected to Spain but they still have nothing to do with us. So we voted 96% Remain to be sold off to Spain? Over my and 30,000 other dead bodies. They can try … there would be riots and I think we would actually start a war and physically fight against Spain’s politicians it if came to it.

Gibraltar is a place that brings back the Britain of yesteryear. It receives a steady stream of MPs (often invited by the Gibraltar government) and others who visit to warm themselves on the faint glow of the embers of Empire. MPs such as Jack Lopresti, the chair of the all-party group on Gibraltar, are fervent defenders of Gibraltar’s interests but, at the same time, passionate advocates of Britain leaving the EU.

Given that Gibraltar voted 96% to Remain in the EU this would seem as something of an irony. Yet because part of the Brexit momentum was fuelled by an imperial nostalgia, which included a vision by some in Whitehall for an “Empire 2.0”, then Gibraltar emerges as an obvious icon of Brexit Britishness. Yet, ironically, Brexit threatens Gibraltar´s attachment to the UK.

Anxiety for the future

Research my colleagues and I have carried out shows that in the second half of the 20th century, Gibraltarian went from from being Spanish-speaking colonial subjects to identifying themselves as equal British citizens. This does not, however, mean that the “British forever” mentality is written in stone. Today some Gibraltarians are worried that loyalty to the crown will not be enough to protect them from Spanish claims. In recent days, a number of Gibraltarians have expressed the anxiety about being “sold out” or, as someone put it, that the UK is willing “to sacrifice the few (Gibraltar) for the many”.

Even as one retired teacher said to me recently: “Britain is our parent and we are the children” there are many others – not perhaps so vocal or as public – who are anxious about Picardo’s “jingoism”. One member of a labour union expressed his concern to me that Picardo’s uncompromising rhetoric gets in the way of constructive relations with Spain and reminded me that “the whole economy collapses if the Spanish worker doesn’t work here”. Others ruefully pointed out that it is a little odd to see the Gibraltarian government claiming the virtues of May’s Brexit deal when no one in the UK seems to agree with her. While others still express a concern that this closeness to the UK will “threaten” Gibraltar’s economy if it leads to “Spanish and other cross-frontier workers not being able to work here.”

Despite the chief minister’s assertion that the UK government is standing by Gibraltar, there is growing anxiety that Britain can not be guaranteed to do so and people point to Northern Ireland as an example of how trust in the UK Government can be misplaced. “If they do that to the Irish, what will they do to us?” as I was told. And opposition leader, Keith Azopardi, pointed out: “”We must… be conscious as a community that the UK’s national interests are different to ours.”

This divergence of interests is one issue that is causing tremors in the Rock but much more important is surely the fact that the UK will no longer be in the EU to defend Gibraltar against Spain which was obliged to recognise British Gibraltar (and open the border Spain shut in 1969) when it joined the EEC in 1986. Brexit inverts this situation. Now it is the UK that is obliged to recognise Spain’s interest over Gibraltar, an historical irony not lost on Spanish commentators. Not only does Spain have a veto over any future trade relationship with Gibraltar after Brexit, it will also have a veto should the UK ever consider rejoining the EU. In this context, it seems likely that Spain would use its position to leverage more control over Gibraltar.

If it is indeed the case that Brexit means the UK is not only unwilling but unable to protect Gibraltar politically and economically, then this points to an existential crisis for Gibraltarian Britishness. Few in Gibraltar today are willing to consider ceding sovereignty to Spain. Under the Brexit scenario, however, it seems reasonable to wonder if Gibraltarian pledges of loyalty to the UK will become historical footnotes as Gibraltar is forced to seek a more pragmatic relationship with its increasingly powerful neighbour. Only time will tell whether the cry of “British Forever” will be reduced to an echo of the past.

This article is republished from The Conversation under a Creative Commons license. Read the original article.