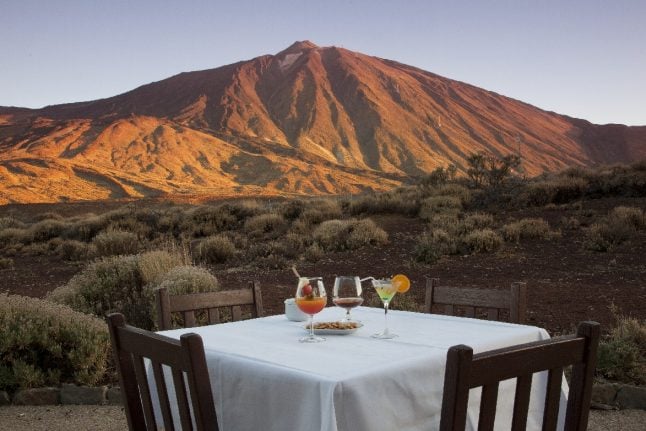 Spain’s 97 paradores, sometimes referred to as ‘paradors’ by English speakers, recorded 85 percent occupancy in July and August 2021 (up to 95 percent on weekends), and the outlook for September looks just as positive.

The successful figures reported by Paradores president Pedro Saura highlight how the pandemic has changed tourists’ preferences, many of whom have opted to spend their holidays in less crowded locations in rural Spain.

“We have opted for a sustainable tourism model with high added value, which gives great importance to cultural and nature aspects, diversifying our offer, in addition to becoming an engine for tourist revitalisation in rural and inland locations”, Saura said in a video interview.

Around 80 percent of national holidaymakers have decided to spend their summer break in Spain in 2021, which no doubt also accounts in part for the high occupancy.

Paradores was one of the first hotel chains to obtain the “Safe Tourism Certified” seal awarded by the Institute for Spanish Tourism Quality.

To celebrate these institutions of high-quality tourism in Spain, The Local takes a peek of those consistently in the top ten as ranked by TripAdvisor users. If you want to get away from it all, head to the Parador de Santo Estevo, located in a former monastery in the heart of the Galician countryside. It is surrounded by lush green hillsides and provides a perfect escape. TripAdvisor users have described the parador as “unforgettable” and “simply fantastic”. If you want to visit Madrid but are not keen on staying in the middle of all the hustle and bustle, the parador of Alcalá de Henares, 35 kilometres northeast of the city, could be right up your street. TripAdvisor users praise its “magnificent building” and class it as “charming”. The “oldest hotel in the world” is located at the end of the famous Camino de Santiago pilgrimage route in the beautiful Spanish city of Santiago de Compostela, with unbeatable views over the city’s famous cathedral. TripAdvisor users call it a “magnificent place”, “spectacular” and “a gem in every sense”. This 15th century stone convent is located on the Silver Route (La Ruta de la Plata) in Extremadura, an ancient commercial and pilgrimage route in the west of Spain. TripAdvisor users said it was “fantastic”, “exceptional” and “luxurious”. This 14th century Moorish fort in the town of Carmona, southwestern Spain harks back to Spain’s rich Arab past. TripAdvisor users called it “unmissable”, “romantic” and praised its “amazing views”. This parador in the Castilla-La Mancha town of Oropesa is famous for its beautiful towers. TripAdvisor users called it “magnificent”, “unbeatable” and “fantastic”. A much more modern parador in Cádiz, its modern architecture and stylish touches nudge it to number eight on the list. TripAdvisor users called it “a corner of paradise” and praised its “incredible views”. This castle on a hill dates back to the 12th and 13th centuries and is located in the town of Alcañiz in the region of Aragon. TripAdvisor users called it “spectacular” and “gorgeous”. This former Augustinian convent is a stone’s throw from Madrid in the town of Chinchón and boasts incredible gardens. TripAdvisor users called it a “place of peace and beauty” and “full of charm”.

PARTNER CONTENT
Enjoy a taste of paradise in Malta
Url copied to clipboard!