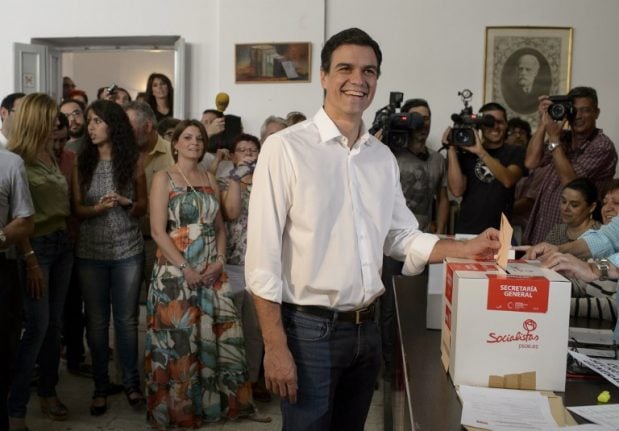 Asked about the possibility of the government calling snap polls to coincide with European, regional and municipal elections on May 26th, Transport Minister Jose Luis Abalos said: “Of course, we can't rule out anything.”

“You can't venture anything, between now and May there is a lot of time,” said Abalos, a heavyweight in the ruling Socialist party who is close to the prime minister.

Sanchez, who took over in June from the conservative Mariano Rajoy after a surprise no-confidence vote, has up until now vowed to stay in office until 2020 when the next general election is due.

But conservative opposition parties have repeatedly pressed for early elections, arguing that the government of Sanchez, whose party controls just 84 seats in the 350-seat parliament, is not viable.

“When we will have (elections), and we will logically have elections because we are a democracy, will be known,” Sanchez said when asked about the transport minister's comments during a press conference in Morocco.

To pass his draft budget, Sanchez needs the support of the parties that brought him to power in June, including Catalan separatist parties which have so far steadfastly refused to back the spending plan.

Failure to pass the budget would force the government to roll over this year's budget, which was drafted by the previous conservative government, and try to pass some of the announced measures by decree.

“Does it make sense that a government which has 84 seats governs by decree… What would be sensible would be to hold elections,” Pablo Iglesias, the leader of the far-left Podemos party which is the Socialists' main ally in parliament, said Friday.

Podemos leaders will hold an extraordinary meeting on Friday to prepare for “any possibility proposed by the government, be it snap elections this year, next year, or whenever they decide,” said Podemos spokeswoman Noelia Vera.

Only the prime minister has the power to dissolve parliament and call a general election.

Under Spanish law, Sanchez would have to do so by April 1st at the latest for the vote to be held on May 26th.

The Socialists are leading in the polls, with 31.6 percent support, more than 13 points ahead of the main opposition conservative Popular Party, according to a closely-watched survey by state pollster CIS last month.