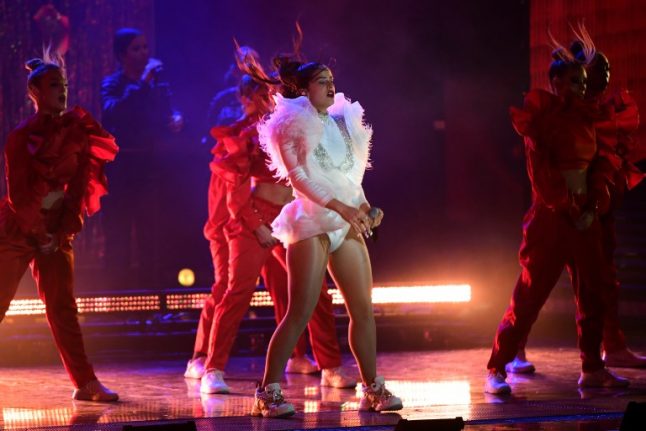 Next up, the world.

“This is a dream,” said the singer as she won two Latin Grammy awards in Las Vegas on Thursday, including Best Alternative Song for her hit “Malamente” which she performed in a white bodysuit with female backup dancers in a slick choreography.

Still relatively unknown abroad, the brunette is already a superstar in Spain where she earned acclaim for her diligent study of flamenco, a genre she fell in love with as a teen as she heard it blasted from friends' cars.

From a non-gypsy background in the northeastern region of Catalonia — far from the cradle of flamenco in southern Andalucia — her first, minimalist 2017 album nevertheless drew praise, attracting millenials to a genre that isn't mainstream.

Then early this year, she announced she was going to perform at Sonar in Barcelona.

Flamenco at an electronic music festival? Something was up.

Then she posted a photo on Instagram of her and Pharrell Williams, with whom she said she was working.

Rosalia and the global pop superstar? Something was definitely up.

At Sonar in June, she unleashed “Malamente”, a blend of flamenco with trap, a style of hip hop, and other tracks on her yet-to-be released second album.

“Sonar really shook things up because the next day, the media… praised her as a new star, and an exportable one at that,” says Yeray Iborra, a journalist at Spain's Mondo Sonoro music magazine. This month, she finally released the album “El Mal Querer” (“Bad Loving”) — a bombshell of flamenco fused with trap, electro, pop and R&B that has critics hugely excited.

Some in the gypsy community, though, have cried foul, accusing her of appropriating a genre that emerged as a cry of pain of their long-suffering people.

No matter. In just one day, the album's 11 songs that tell the story of a toxic relationship accumulated more than 2.3 million hits on Spotify.

The video clip of “Malamente”, which involves flamenco “palmas” handclapping and a motorbike-wielding Rosalia charging at a young man — bullfighting-style — has drawn close to 33 million hits on YouTube.

With Sony backing her, Rosalia has performed at the MTV Europe Music Awards, given a free concert in Madrid to launch her album and promoted it on New York's Times Square.

Rolling Stone magazine gave the album four out of five stars, saying the singer has “even attracted attention from the English-language press, which rarely engages with Spanish-language music.”

'Stood out by far'

He recalls that she stood out from the start with her passion and thirst for knowledge.

A novice, it took her seven years to master flamenco.

“Of all my students, she's the one who has most stood out by far,” Vizcaya  told AFP.

“There have been a few others that were better in terms of pure flamenco, but in terms… of making flamenco hers and innovating, she's the best.”

But her peculiar blend of flamenco is not without controversy in a traditional sector that bristles at innovation.

For some in the gypsy community, what Rosalia is doing is “cultural appropriation” — or the adoption of elements of a minority culture by members of the dominant culture.

“I can't bear that you have more opportunities than gypsies who have been singing about their roots since they were kids,” said activist Noelia Cortes in a much-commented Twitter thread in December 2017.

“I studied flamenco for years, I respect it more than anything and know its origins,” Rosalia retorted in a July interview with daily El Mundo.

“Flamenco isn't owned by gypsies. In fact, it's not owned by anyone.”

Another criticism has been Rosalia's conversion into a flamenco/pop princess with clear designs on the foreign market.

But Vizcaya says her fusion work started while still at school where she concocted both albums, well before fame and Sony.

“Yes, she has a major (record label) backing her,” adds Iborra.

“Yes she has a strategy… and it's worked for her.” 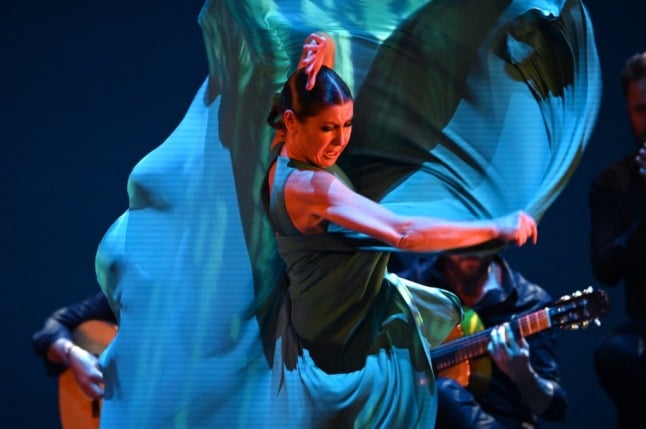