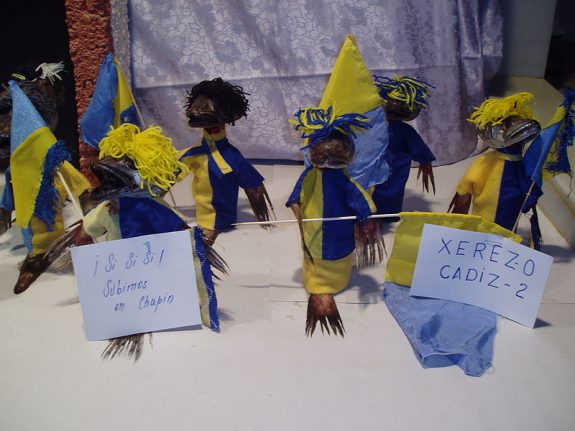 El Día de Todos los Santos, a public holiday across Spain that falls on November 1st every year, is for most people a day of remembrance.

Most Spaniards visit their loved ones at the local cemetery, leaving flowers at their tombstones and then spend the day with their families.

There are however a handful of towns and villages (mostly in Spain’s once deeply religious but still very traditional Andalusia region) where locals have held onto a quirkier interpretation of how to honour the dead.

Fancy dress for animals and food in Cádiz

The southern coastal city of Cádiz treats All Saints’ Day (Tosantos as they call it) as a bit of a carnival. Porridge in keyholes near Jaén

In the small Andalusian village of Begíjar, young people celebrate El Día de Todos los Santos by taking a casserole of gachas (a type of local porridge) out for a stroll and then proceed to fill up every keyhole they can find with a dollop of the oatmeal.

Why, you ask? Tradition has it that the porridge stops evil spirits from seeping in through Begíjar’s keyholes. Trick or treating-like traditions in Seville

In the Sevillian town of El Ronquillo, kids hit the streets and carry out a more low-key (but equally full-on) version of Halloween’s trick-or-treat tradition.

Legend has it that long ago El Ronquillo’s altar boys would chime the church bells incessantly during the month of November to remember the dead, and that they’d accept food offerings from the villagers to keep up the hard work.

With time, all of El Ronquillo’s children began knocking on doors, and in true Andalusian fashion would sing to the villagers in return for whatever food was available.

The lyrics of the most common song (La Cachetía) were a tad threatening however, along the lines of “If you don’t give me some nuts, I’ll ruin your wall” and “If you don’t hand over those chestnuts, I’ll stay here all day”.

The tradition lives on to this day (as does the song), but it’s all healthy snacks such as nuts, fruit and veg for these kids. This after all is some no-nonsense trick or treating, no sugar rushes or scary costumes.

Here’s yet another Andalusian village that’s held on to a centuries-old All Saints’ tradition, but this one has a particularly laidback, pagan twist to it.

Back when religious devoutness was the law in medieval Spain, a group of subversive peasants from the village of Baños de La Encina near Jaén decided enough was enough with the constant mourning, praying and bell-chiming (the latter used to be 24 hours a day for the whole month of November).

The men would skive off for a few days to the countryside to chill, leaving their wives to do all the praying for them.

All in all, a relaxing break from life and all that ‘dead talk’.

All Saints Day is in fact a completely different celebration to Halloween, which is held one day beforehand, but the region of Galicia has its own traditions during this time of year.

READ ALSO: Is Spain’s Galicia the true birthplace of Halloween?

In the sea-swept northwestern region, with its Celtic roots and traditions, the ancient festival of O Samaín – was a precursor of America’s Halloween.

And there’s no reason to believe the rumours aren’t true, as the Gaelic ‘Samhain’ festival did merge with Christians’ All Saints’ tradition to form the foundations of modern-day, sugar-crusted Halloween.

In Galician villages such as Cedeira, O Vicedo and Narón, people have for centuries dressed up as spirits and magical beings, organised death marches, carved scary faces in pumpkins and gone trick or treating. Sound familiar? 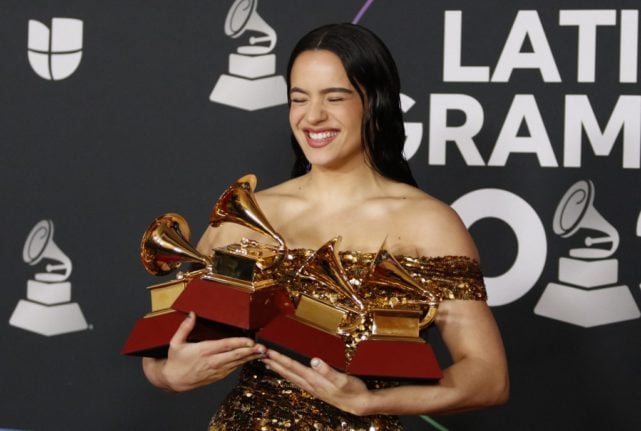