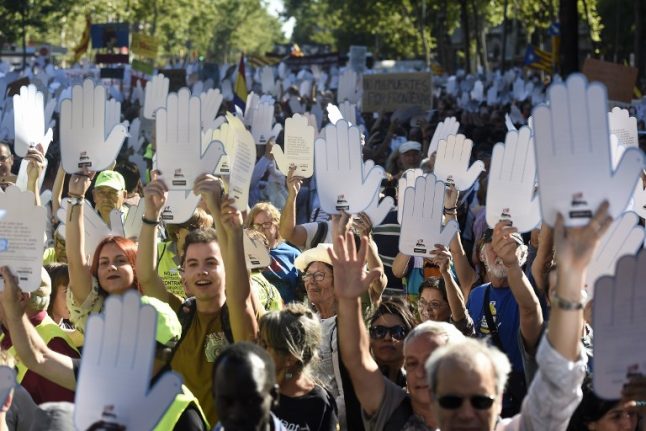 Spaniards are just as culturally modest as they are open to outsiders, the Pew study found. Photo: AFP

Only one in five Spaniards regard their culture as superior to others – the lowest ‘cultural arrogance’ rate in Europe – a new poll by the prominent Pew Research Centre has found.

When asked to completely or mostly agree with the words “Our people are not perfect, but our culture is superior to others”, only 20 percent of Spaniards supported the statement.

That put Spain on top of the podium, followed by Estonia and Belgium, each with 23 percent. Oddly, in neighbouring Portugal, the rate was 47 percent.

‘Bremainers’ may not be surprised to hear that the UK had a higher rate of “patriotic chauvinism” (the measuring moniker the US think tank actually used) with 46 percent.

That figure however is in the same range as Germany (45 percent), Austria (47 percent) and Italy (47 percent).

France and Holland had fewer delusions of cultural superiority with 36 and 31 percent respectively, whereas there was a big disparity between Scandinavian neighbours Norway (58 percent) and Sweden (26 percent). Pew’s detailed social study conducted in 34 countries (“Eastern and Western Europeans Differ on Importance of Religion, Views of Minorities and Key Social Issues”) concluded in fact that “patriotic chauvinism” is higher on average in Eastern than Western Europe.

The eight countries where this attitude is most prevalent are all geographically in the East: Greece, Georgia, Armenia, Bulgaria, Russia, Bosnia, Romania and Serbia.

The Washington-based think tank found that in the case of modest scorers such as Spaniards and Swedes, the global weight of their history, language and customs doesn’t make them feel better than people from the rest of the world.

This apparent tolerance and unpretentiousness may clash with the traits Spain’s reduced but extreme-right nationalist groups are associated with, or the stereotype of Madrileños for being chulos (arrogant) for that matter, but there is a moral character in current-day Spain that is more accepting than others.

Pew’s researchers were in fact capable of drawing a correlation between “cultural chauvism” and negative attitudes towards refugees, Jews, Muslims and other forms of tolerance.

The study found Spain to be the most welcoming country towards refugees with 86 percent in favour of taking more in. The culturally arrogant nations on the other hand were less friendly towards outsiders in their answers.

Some Spanish commentators have previously argued that this humility sometimes spills over into self-flagellation, a form of autoodio (self-hatred) that’s seeped into the Spanish psyche as a result influencing factors such as high unemployment, corruption and a smaller economy than Mediterranean counterparts France and Italy.

“There is nobody who hates Spain more than the Spaniards,” award-winning author and philosopher Félix de Azúa told El País in 2015.

Spain is a country with a self-destruction illness. And there are parties that dedicate their time to promoting that hatred.

“There are hate vendors in the Basque and Catalan nationalist parties.

“And in the case of Podemos against Spain’s so-called elite.” 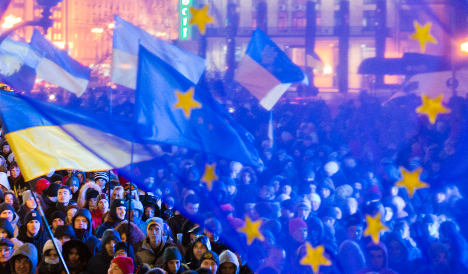 RUSSIA
Should Ukraine join the EU? Spaniards think so
Url copied to clipboard!