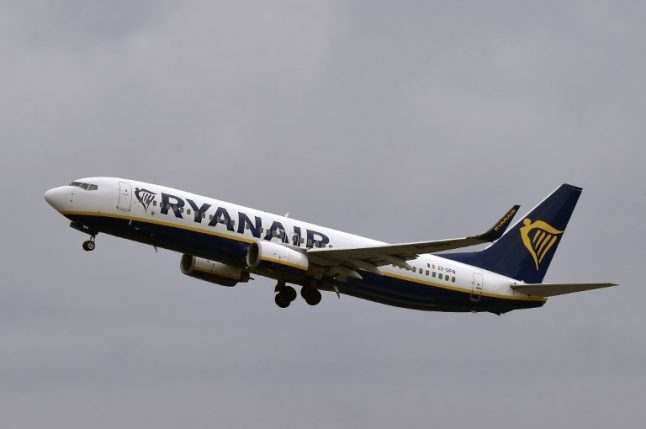 Ryanair did not throw the passenger off the flight from Barcelona after he racially abused a woman next to him. Photo: AFP

A video clip filmed by a fellow passenger on October 18 and shared more than four million times on social media showed a man being racially abusive to the woman in the seat next to him.

At one point he called the woman, who is 77 years old and originally from Jamaica, an “ugly black b*stard”.

He also shouted: “Don't talk to me in a foreign language, you stupid ugly cow.”

David Lawrence, who filmed the incident and posted it on facebook, told BBC Radio 5 Live: “Everything was calm, we were getting ready to take off. And then a man came on board and arrived at his seat, then spoke very harshly to a woman sitting in the aisle seat.

“That was what got my attention as it was very loud and very aggressive. He started to shout at the woman, saying 'get out of the way', 'move your feet', 'you shouldn't be sitting here'.”

Lawrence said that no flight attendants had initially come over when the altercation became heated and that the woman’s daughter, who was seated a few seats behind had intervened.

The woman's daughter said she had taken her mother, a Windrush Generation migrant who came to the UK from Jamaica in the 1960s, on holiday to mark a year since the death of her husband.

She told The Huffington Post: “I know that if I was behaving like he was – or any other black person for that matter – police would have been called and we would have been kicked off the flight.”

She added: “Mum's really feeling upset and very stressed about this situation, on top of the grief she's already experiencing. As for me, I'm upset about the whole thing too – the fact that the passenger wasn't taken off the plane and how the situation was dealt with.”

Statement: We are aware of this video and have reported this matter to Essex Police

Ryanair have since said that it  “will not tolerate unruly behaviour like this” and that the matter has been referred to Essex Police, but it has been criticised for failing to remove the man from the flight.

Instead it moved the woman to another seat.

Others have called for a boycott of Ryanair.

Ryanair is one of the most disgusting organisations we have: don't use ithttps://t.co/FYfXlKYQde

Labour MPs were among those disgusted at Ryanair allowing the passenger to continue his journey, Including, David Lammy, Labour MP for Tottenham and Shadow transport minister Karl Turner:

Ok boycott ⁦@Ryanair⁩ if they think it’s ok for a racist man to abuse an elderly black woman and remain on the plane. It’s 63 years since Rosa Parks said “No “ to sitting on the back of the Bus and we ain’t going back. https://t.co/IYczabgjMJ

I shall be writing to @Ryanair and the Aviation Minister Liz Sugg to ask what they’ve done about this. Clearly committed criminal offences. Racially Aggravated s.39 and or racially Aggravated s.5 Public Order. Needs to be charged and fast. https://t.co/yjJs8JdiCZ

I'm done with @Ryanair This is the final straw. #Boycott #ryanairracist https://t.co/Hw1mfJQFWu

The term #Boycott Ryanair becaming a trending topic on Twitter.

Hey @Ryanair here’s your homework, it seems you & your staff have some serious catching up to do. https://t.co/RV9ReqsdAs
Meantime, #boycottryanair 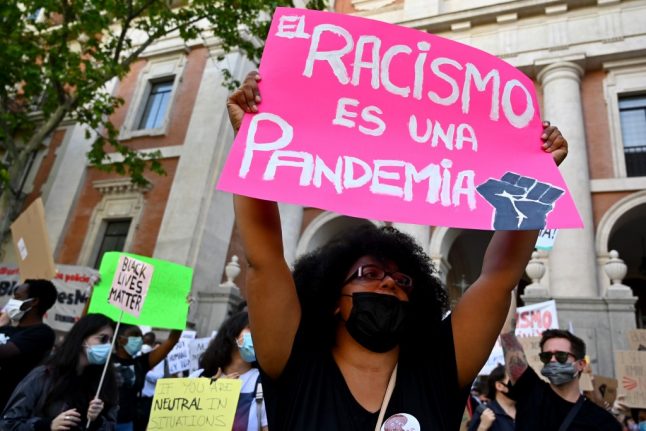