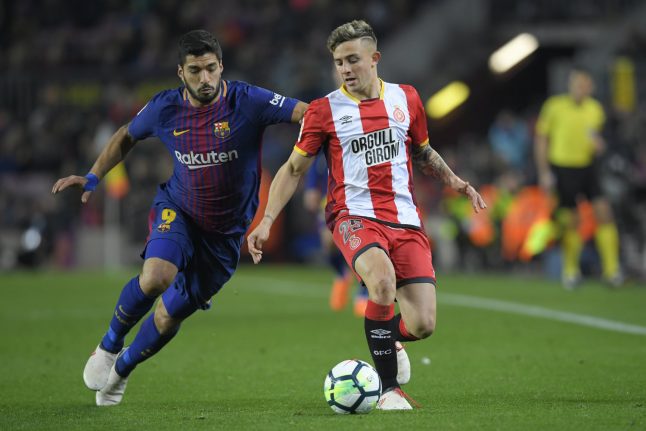 Barcelona playing against Girona at the Camp Nou. Photo: AFP

The league needs the permission of the federation to be able to stage the match in the United States, despite having the support of both the Barcelona and Girona presidents.

The RFEF has sent a letter to La Liga explaining its opposition is down to “the lack of documentation”, including the agreement between La Liga and the US company which will host games in the country.

The federation argued that it is not clear if the agreement has the approval of all the top-flight clubs, and that it might affect the fairness of La Liga because one team would effectively lose a home game.

Earlier this month, Barca president Josep Maria Bartomeu and Girona president Delfi Geli both signed a request from La Liga to the RFEF for their match on January 26 to be held at Hard Rock Stadium in Miami.

RFEF president Luis Rubiales has previously voiced opposition to the idea, while the Spanish players' association (AFE) has maintained that players will have the final say.